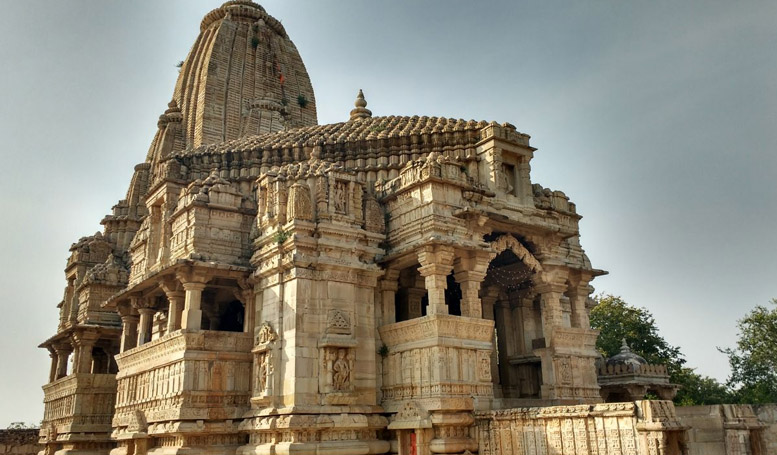 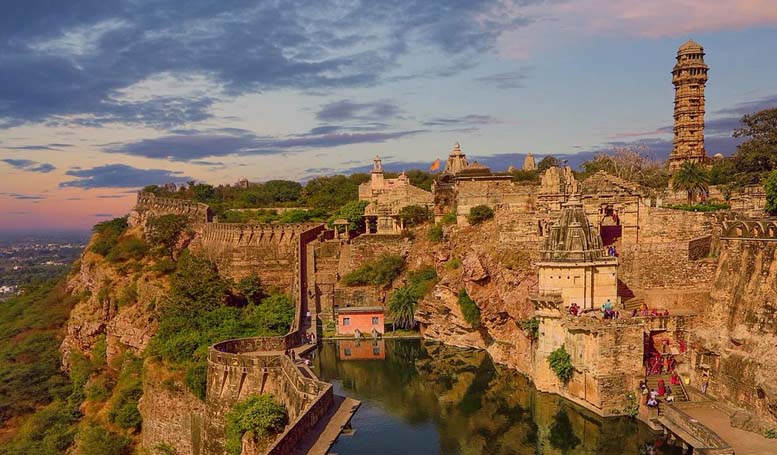 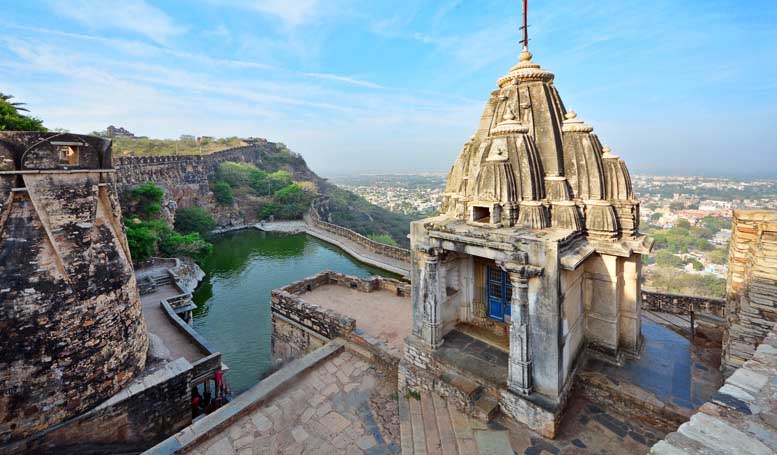 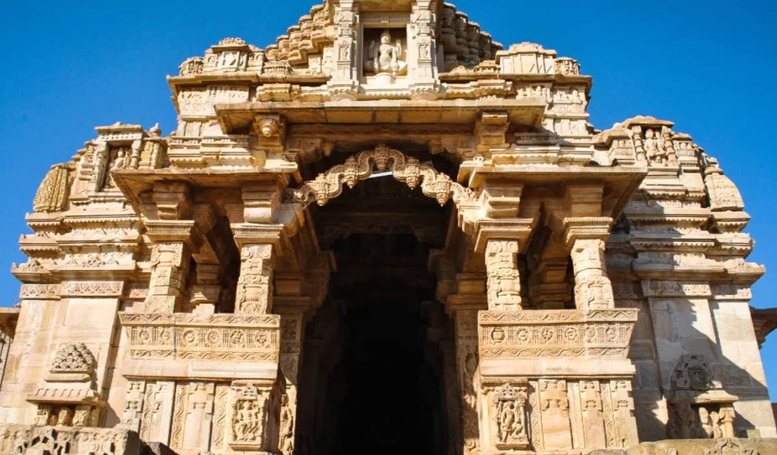 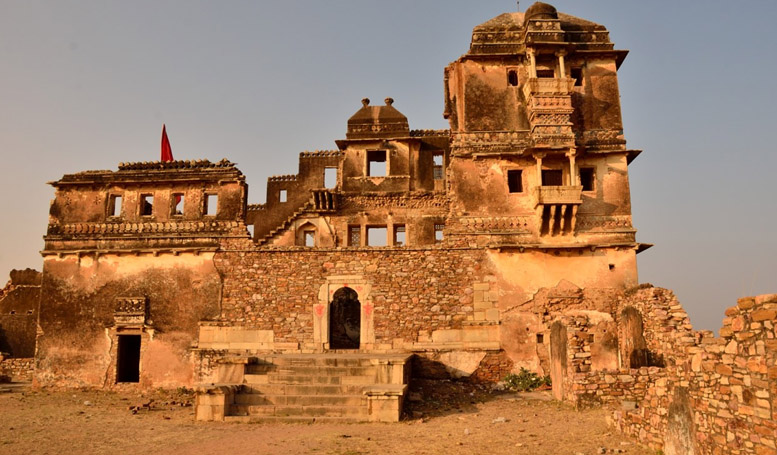 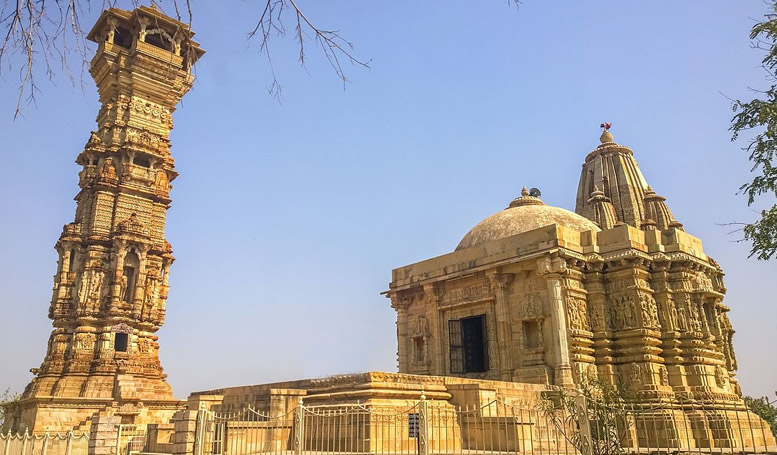 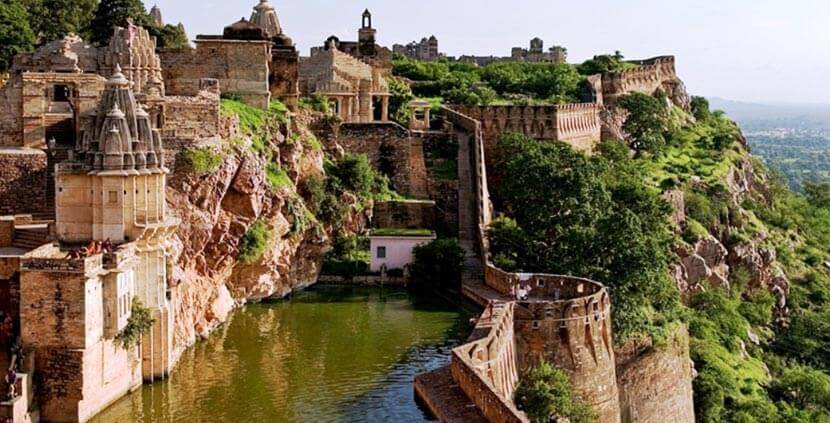 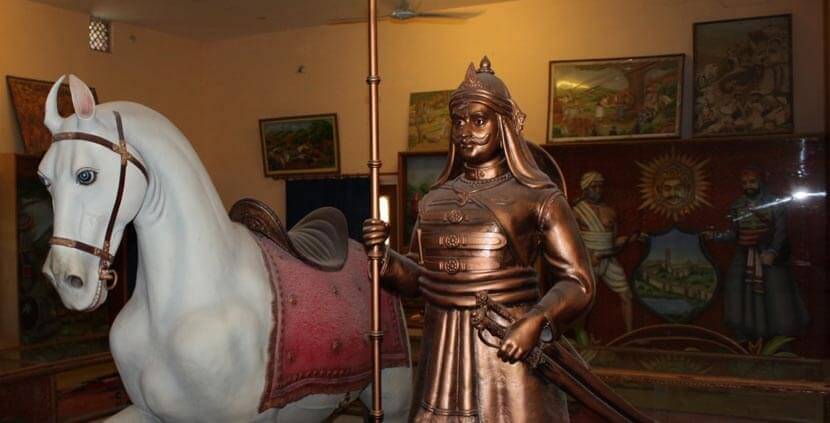 At the heart of Rajasthan, exists Chittorgarh, the land of brave men and determined women, where the regal women used to jump into fire at the news of failure at war to save themselves from the hand of the arch opponents. Lend your ear to the posts and passages of the great fort; you may yet hear the drumbeats and the war cries, the faint sad carping of love and great martyrdom. Epic saga of courage and blatant insubordination seems to be living in this rocky, desolate land. Spotted on Gambhiri and Berach’s banks, this city has always proudly stood even after so many years of its existence. Also referred as Chittaur by many, this city played a proficient role as the capital of Mewar right from the 7th century till the 16th century.

The distance between Delhi and Chittorgarh is around 579 kms and the travel time to cover this distance is approximately 11 hours.

Places to see in Chittorgarh

Chittorgarh Fort
Sprawling across 280 ha, atop a steep 180 m high rocky hill, Chittorgarh's ruined palaces, temples and towers bear witness to its illustrious and turbulent past, when it was the capital of the Sisodia rulers of Mewar, between the 12th and 16th centuries.

As Rajasthan's mightiest forts, it was the target of successive invaders. Sultan Alauddin Khilji came here with an intention of not only taking over the fort but also the beautiful queen recognized as Rani Padmini during 1303. When defeat seemed inevitable, Rani Padmini along with 13,000 women committed jauhar – a ritual form of mass suicide by immolation, practiced by Rajput women to escape dishonour at the hands of their enemies. It is said that 50,000 Rajput warriors died in the ensuing battle. Alauddin's army then proceeded to sack the fort and destroy many of its buildings. Within a few years, however, the ruler's grandson had regained it for the Sisodia dynasty.

Vijay Stambh
The main street south of the Meerabai Temple runs towards the nine-storeyed Vijay Stambh, built by Maharana Kumbha between 1458 and 1468, to commemorate his victory over Sultan Mahmud of Malwa. The view from the top of this extraordinary 36m high sandstone structure, richly carved with gods and goddesses is magnificent.
Also known as the Victory Tower, this gigantic setup has been set up with an intention of paying homage especially to Lord Vishnu. On entering the Stambh, you are going to have some glimpses of the carvings showcasing varied musical instruments, weapons and other relatable tools which were in use by the rulers during the ancient time. The intricate carvings on the outer as well as internal premises of this attraction has been a delight for the roamers here. As you climb up to the topmost floor, you will be seeing an image of Padmavati also known as the Jain Goddess.


Rana Kumbha Palace
Rana Kumbha Palace, the first building to the right of the Chittorgarh Fort, is probably the earliest surviving example of a Rajput palace. Elephant stables and a council chamber comprise its public areas, while the private apartments are a maze of small rooms, including a zanana section.

Some of the ruins which are till now present in the Rana Kumbha Palace while maintaining its historical charm have Lord Shiva’s temple, Diwan -e –aam and also the Zanana Mahal. There are abundant myths and ancient tales associated with this fort and as entailed by some, it is said that this place served as a residence of bhakti poetess Meerabai and as said by others, it was inside this fort when Rani Padmavati performed her Jauhar. The stones of this fort are plastered and some of the existing balconies are exquisitely designed.


How to Reach Chittorgarh

By Air : The closest airport is Udaipur which is about 90 km from the city and connected with New Delhi, Jaipur, Jodhpur, Ahmedabad, etc. by regular flights.


By Rail : The railway station is an intersection of Western Indian Railways and is connected with Ahmedabad, Ajmer, Udaipur, Jaipur, etc.


By Bus : The city is directly well linked with all parts of India, with the Golden Quadrilateral Road Project and North-South-East-West Corridor Expressway passing across it. The public bus stop is situated in the mid of old and new city and good efficient facilities are accessible for Delhi, Mumbai, Ahmedabad, Ajmer and other key big towns.

The city of Chittorgarh experiences a dry climate majorly during the year. The summer months here are too hot and the tenure of the summer time starts from April and ends by June with the temperature being at around 43.8°C to 23.8° C. While, the wintertime here commences from October and ends by February with an average temperature of around 28.37° C to 11.6°C. The rain showers here are not so common and the monsoons here can be experienced during June to August with an average rainfall of about 60-80 cms.

There are no local buses available for the tourists to travel within the city, however there are buses which have an inter-city connection.
Taxis as well as auto-rickshaws are readily available in Chittorgarh and they can be used for the sightseeing tours here.

Rental cars can be accessed way too easily in Chittorgarh whether it is for a full day tour or a half day journey within the city.


Where to stay in Chittorgarh

Chittaurgarh is a satisfaction even in the case of accommodation facilities. This is because, there is an existence of many hotels in Chittorgarh. Whatever be the budget and preference of the tourist, they are going to find the stay as per their expectations. Hotels ranging from 1-5 stars and also the luxurious Heritage havelis where the travellers can be a part of the royal lifestyle are available in Chittaurgarh.