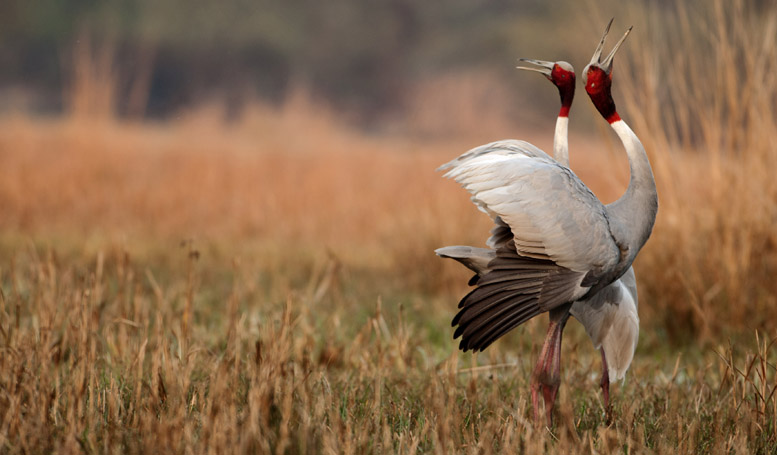 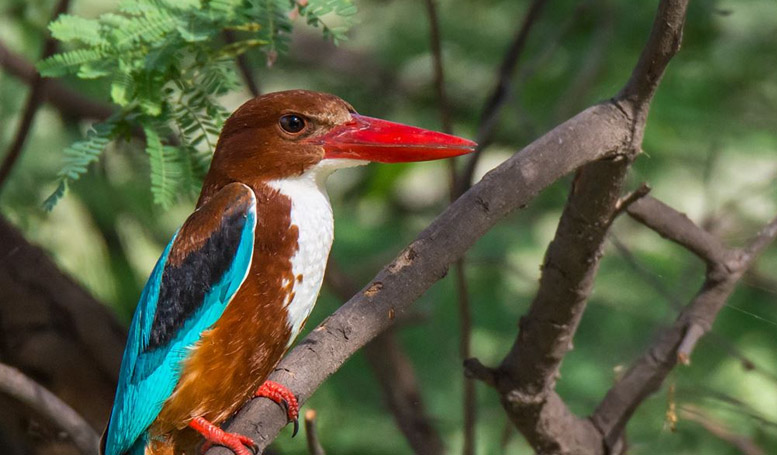 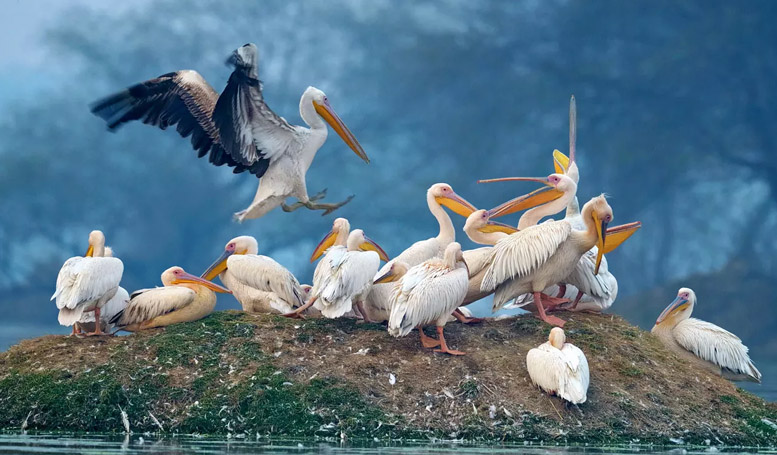 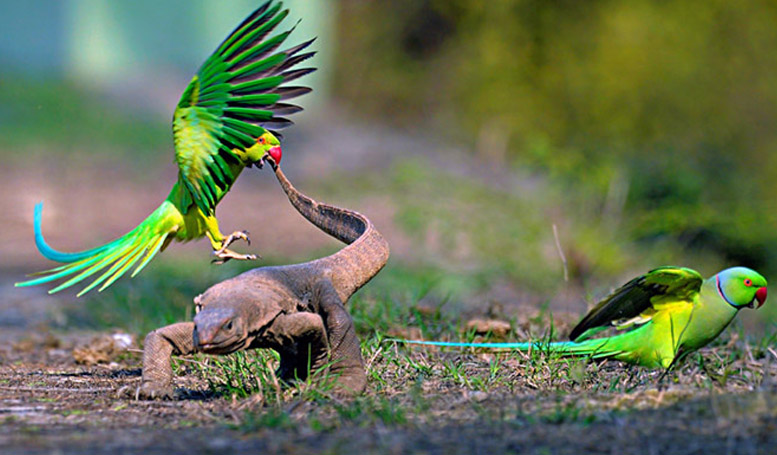 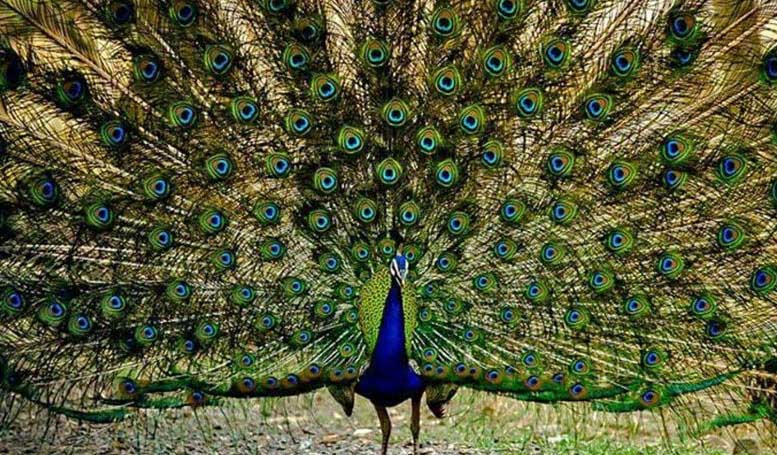 Bharatpur has been existing since 5th century BC, and its name has been connected with ‘Bharat’ who was the younger brother of Lord Ram. Its beauty, close communication with the nature and habitat to the wild animals, Bharatpur is a highly engaging place for every tourist. This ravishing city is located at a distance of around 178 km from Jaipur and has always promised to justify the name it is commonly called as i.e. the Eastern Gateway to Rajasthan. Eminently known for its exotic Keoladeo National Park that has been counted amongst the UNESCO World Heritage sites, Bharatpur ensures a fun filled vacation for its tourists, through its amazing museum and historic attractions.  The busy streets of Bharatpur have always enabled the tourists get an inner sight of the people here.

Bharatpur is not so far from the capital city i.e. at a distance of 220 kms and the time taken to travel is around 4 hours 30 minutes.

Places to see in Bharatpur

Lohagarh Fort
Entailing the mighty tales from history and engrossing you in its rustic charm is the very famous fort in Bharatpur that is commonly referred as the Lohagarh Fort. Established by the Hindu rulers in Bharatpur during the bygone era, the fort has always been considered to be one of the most visited sites in Rajasthan.

As notified, Lohagarh Fort was one of the monuments that were built by Maharaja Suraj Mal and that too with the usage of his utmost power as well as wealth with an intention of building a good number of forts around his massive kingdom. Also, this fort is known as the strongest one that has ever been created in the history of mankind. There exist different monuments standing upright inside this fort i.e. the Mahal Khas, Kothi Khas and the most important the Kishori Mahal and two gates. The travellers are going to get really impressed on seeing the beautifully crafted paintings of the huge elephants right on its gateway.

Bharatpur Bird Sanctuary
The most perfect way to get up close with the nature and witness the activities as well as the movements of the species in the wild is none other than a visit to the Bharatpur Bird Sanctuary. However, some people also call it as the Keoladeo National Park or Keoladeo Ghana National Park. The site is continually playing a highly proficient role in acting as a habitat to some of the endangered as well as rare bird species.

There are over 230 bird’s species in this sanctuary and thus, it has been listed amongst the topmost World Heritage sites by UNESCO. The existence of this sanctuary has been noted from the past 250 years and has attained the name Keoladeo from the Shiva Temple that is spotted in its boundaries. This finest bird sanctuary has also been confirmed as the one inhabited by the beautiful birds with some of them named as Boar, Chital, Sambar and Nilgai. This sanctuary is extended across an area of 29 sq. km and ensures a fun packed time for the travellers while roaming here.

Government Museum
Travellers hailing from any kind of interest will love the amazing and highly artistic Government Museum present in Bharatpur. It is the most commonly visited place by the tourists who are roaming in Rajasthan. The location of this museum is quite alike since it is situated in the heart of the well-recognized gigantic Lohagarh fort. It didn’t start as a museum, instead it was later transformed into the form of a museum during the year 1944 AD.

Inside the Government museum are the varied specimens showcasing the miniature paintings attentively made on the Peepal tree’s leaves. Also, there are many other artistic formations presented on the old litho papers and mica. These are not at all a common form of artwork and thus, the travellers have always loved this museum. Clearly picturising the art and craft of this region as well as its vibrant rich heritage, the Government Museum has never left its visitors dissatisfied with any of its elements.

How to Reach Bharatpur


By Rail : Ajmer Junction Railway Station lies on the Delhi-Mumbai railway line and is directly linked with various towns in India.


By Bus : This is also a convenient option since Bharatpur station falls in the central railway zone and is therefore well connected to Jaipur, Mumbai, Ahmedabad, Delhi and other major cities.

There are approximately 200,000 people residing in Bharatpur.

Summertime in Bharatpur is quite hot and the winters here are too cool. The summers here start right from April and end by June with the temperature ranging at around 38°C to 45°C. On the other hand, wintertime is from October till March and then actual temperature decrease is witnessed after the Christmas gets over with it going below 10°C. Monsoons in Bharatpur are very enjoyable and makes the place even more beautiful. Travelers can experience rains here from July till August and the temperature during this time stays at around 27°C.

Due to Bharatpur being a smaller city, there are no local buses running there. However, in order to travel to some areas that lie outside this city, tourists can board the buses from either of the two bus stops that are located nearby national park as well as Bharatpur.

In order to commute from one area to another within Bharatpur, travellers can be a part of the enjoyable and local auto rickshaw and rented shuttle rides.


Where to stay in Bharatpur

Staying in Bharatpur is an easy task and the travellers are surely going to get a luxurious time while being here. This glorious city is filled up with tourists and thus, on seeing such a demand the accommodation facilities here are also easily accessible (whether a standard one or the luxurious one).

However, since the place is known for its bird sanctuaries, a stay in the marvellous luxury resorts here would be nothing less than a delight for every traveller. Facilitating the visitors with the best Rajasthani hospitality services, Bharatpur’s hotels have always been a satisfactory comfort for the tourists.