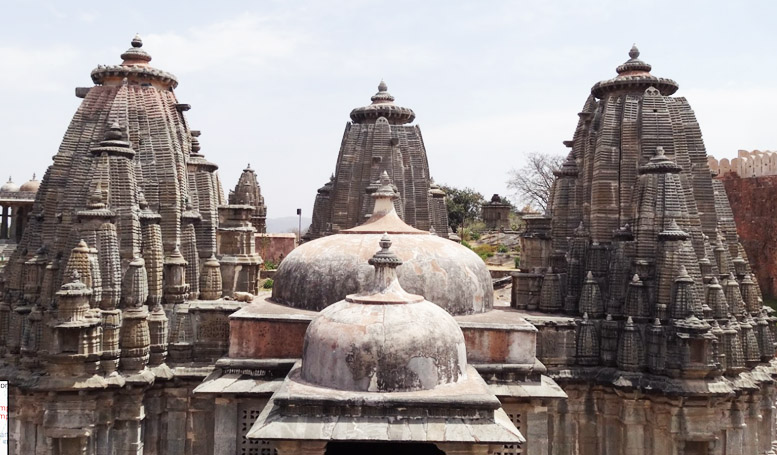 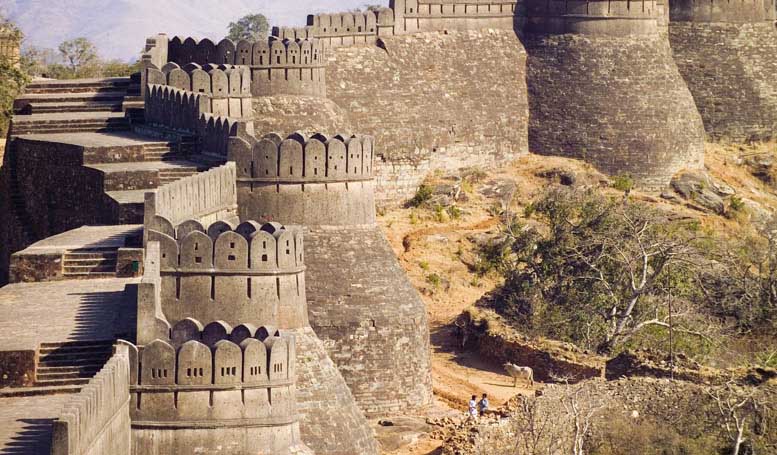 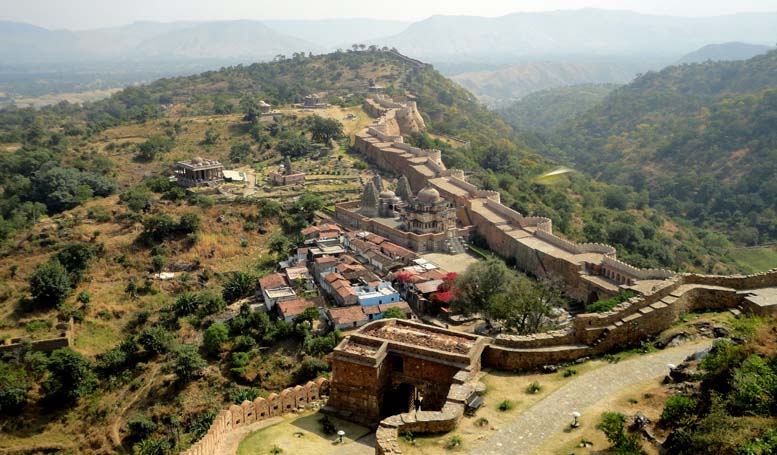 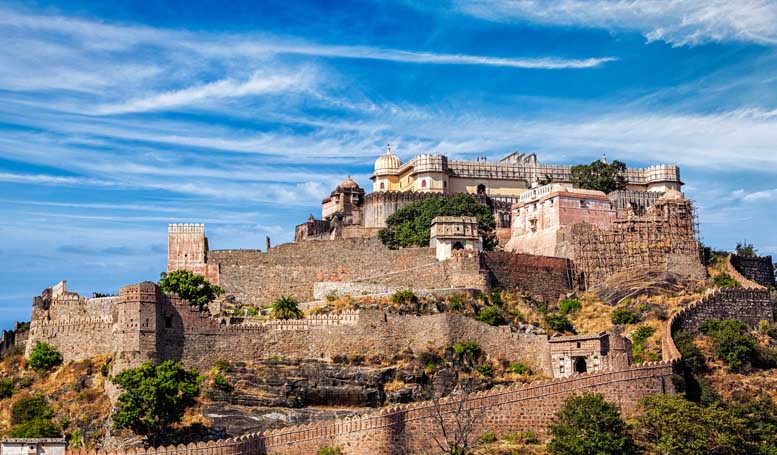 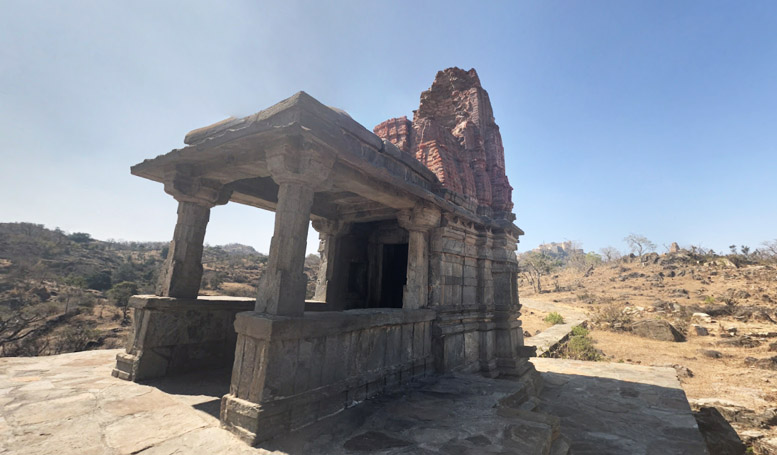 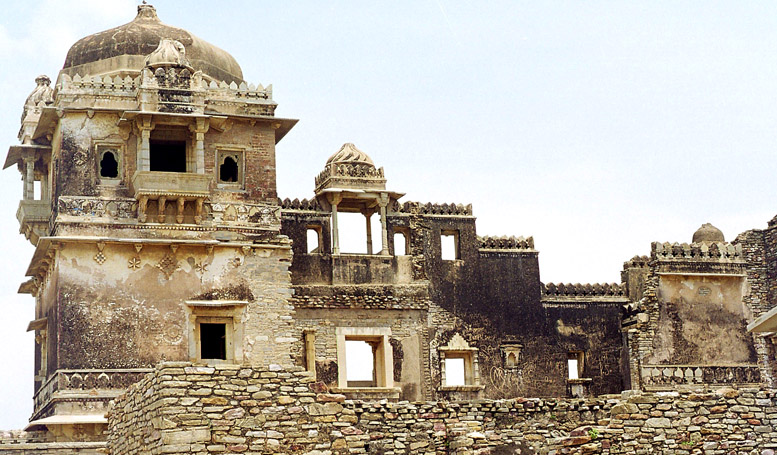 Kumbhalgarh lies in the Mewar region and is considered as the second most significant part following Chittorgarh. A very famous region in Rajasthan packed up with many beautiful and engrossing elements, this place is literally a heartthrob. This city has a fascinating history and thus, it is always been looked upon especially by the history buffs. Hailing since a very long time, Kumbhalgarh’s establishment is quite connected with the history belonging to the Kumbhalgarh Fort. The beauty of this fort is such that it has now been counted amongst the UNESCO World Heritage Sites. The second largest fort in India, you would never get enough of the beauteous charm that this site is carrying along with it. However, this hub is not solely renowned for its gigantic Kumbhalgarh Fort instead it also has many other places of interest such as the Mammadev Temple and the exotic Kumbhalgarh Wildlife Sanctuary.

The distance between Delhi and Kumbhalgarh has been estimated at around 614 kms and the time taken to cover up this distance would be approximately 11 hours.

Places to see in Kumbhalgarh

Kumbhalgarh Fort
Have a glance at the valour as well as the indomitable spirit of Rajasthan during your visit to the huge Kumbhalgarh Fort. This fort has been showcased in its truest form symbolising the glorious past associated with the beautiful city of Kumbhalgarh.

This impressive creation of the Kumbhalgarh fort has always promised a delightful experience for the travellers. The construction of this architectural marvel was done by the eminent Maharana Kumbha during the 15th century. It took around 15 years for the completion of this gigantic setup and the hub is perfectly bounded by the eleven peaks belonging to the Aravalli hills. Before even you start entering the vicinity of this fort, majority of your attention shall be gained by its rounded bastions complimenting the fort’s look like anything! Also, it incorporates the world’s second largest wall spanning at an expanded distance of 36 kilometres.

With its boundaries being surrounded by the mighty Aravalli hills, this destination is continually playing the role of the most perfect habitat to a variety of wild species such as the wolves, chinkara, and jungle cat and varied others. Formerly, it acted as a hunting ground for the members of the royal families. Apart from that, presently this destination houses 200 and above bird species with some of them being the peacocks, parakeets, wild breasted kingfishers and many others. Extended at an area of 578 sq. km, the Kumbhalgarh Wildlife Sanctuary is the most perfect place to undertake many activities such as trekking, horse riding and engrossing in the fun of thrilling jeep safaris.

This temple is located in the Kumbhalgarh Wildlife Sanctuary and has already attracted abundant visitors in its spiritual place. Undoubtedly a ravishing site, this Jain Temple containing the statues of elephants which shall be spotted at the main entrance shall attract you towards it in no time. Muchhal is a word in Hindi that means moustache and this name has been derived from the large deity of Mahavir present inside the temple’s premises that has a moustache. Thus, while being engaged in the amazing Kumbhalgarh sightseeing, ensure that you have this spiritual hub added in your bucket list.

How to Reach Kumbhalgarh


By Rail : Nearest railhead is Falna.


By Bus : From the north of Udaipur, take NH 76 for about 25 km till Iswal; turn right to the main Losingh crossing from where you turn left for Barwarha, Auda and Kelwara and on to Kumbhalgarh.

There are around 150,000 people living in Kumbhalgarh.

Accompanied with a tropical type climate, Kumbhalgarh has the most pleasant winters. Here, the summertime is quite warm having a temperature of around 40-42 degrees Celsius. On the other hand, the wintertime here has an average temperature of around 25 (max) - 11(min) degrees Celsius known to be quite moderate one. However, monsoons here are considered to be highly humid and one can travel to this place between September-March.

Sightseeing tours within Kumbhalgarh can either be done in your own vehicle, else you can also get the same arranged by your tour operator or the accommodation you are staying in.


Where to stay in Kumbhalgarh

There are many accommodation facilities prevalent for travellers in Kumbalgarh. One can expect the luxurious properties and the heritage hotels here in order to grab the opportunity of residing like a king. Apart from that, Kumbhalgarh also incorporates many resorts/hotels for the budgeted travellers too.