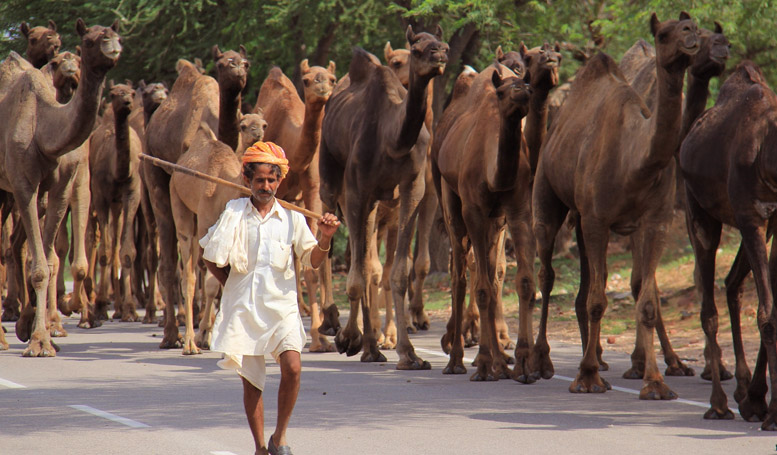 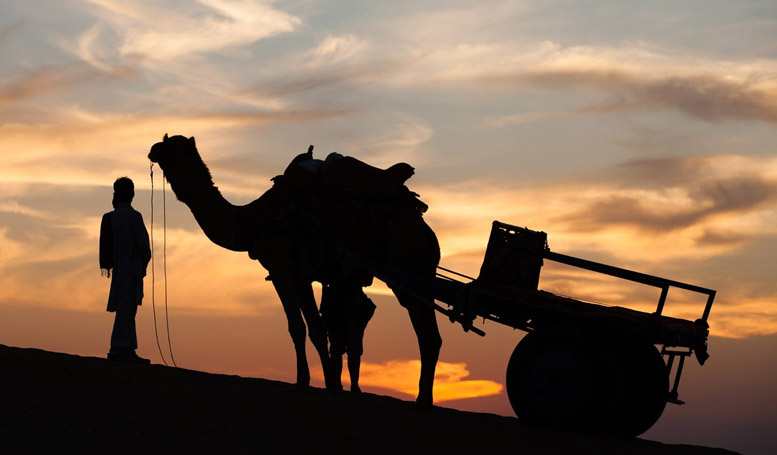 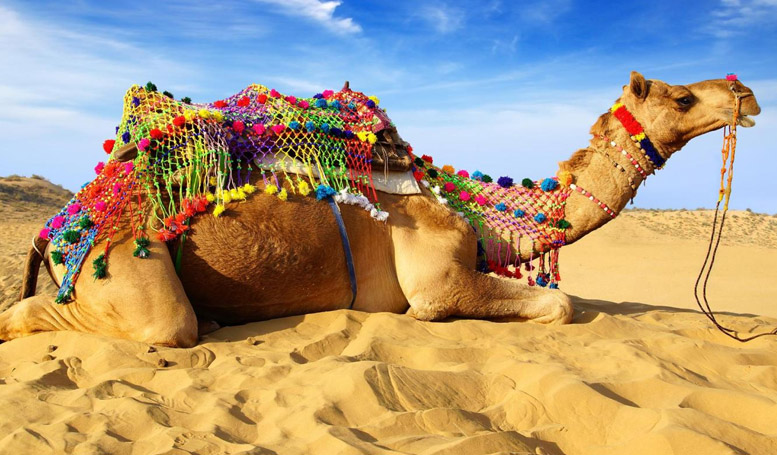 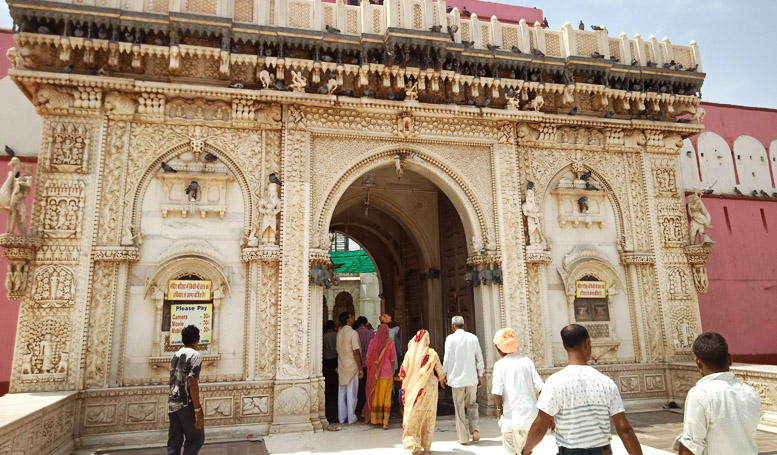 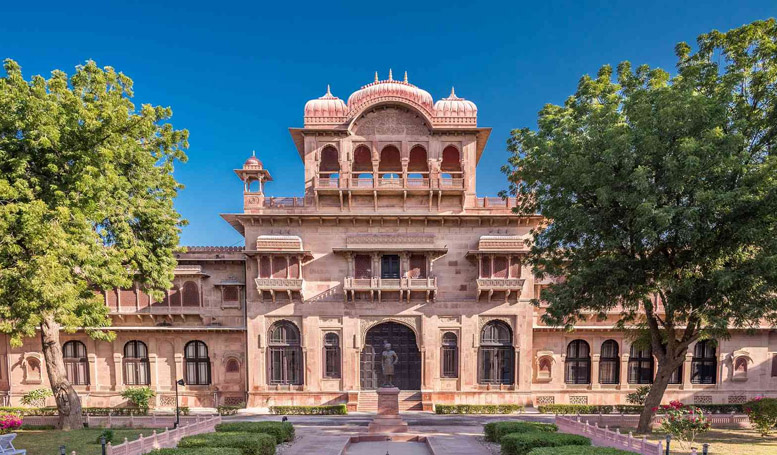 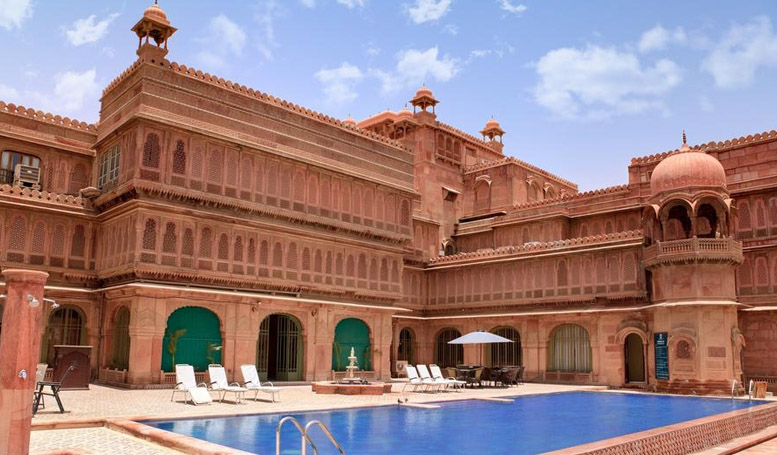 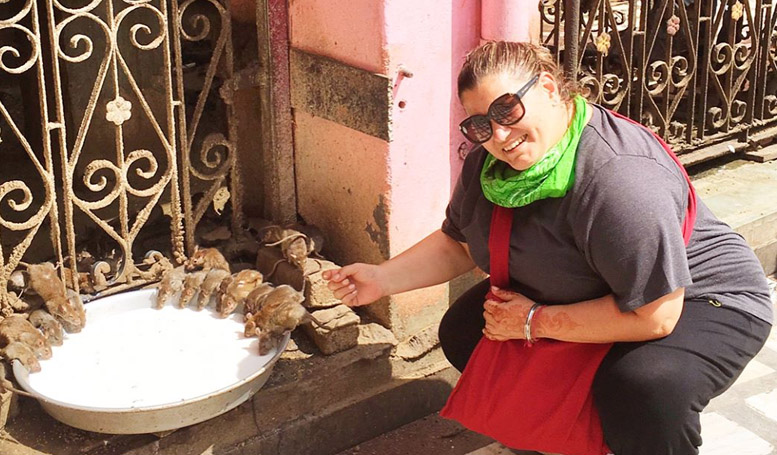 Bikaner is known as the heavenly destination in Rajasthan that has an indescribable beauty tucked in the midst of the Thar Desert. Its sand dunes, golden deserts, majestic forts and the incomparable culture has always attracted a good number of tourists not only from India but majorly from outside the country too. With each and every monument and engaging site at Bikaner entailing the mighty tales from the erstwhile rulers, the tourist’s attractions still stand upright without even a single damage now too! Not only its monuments and forts are amazing but also its cuisines are highly distinct and quite scrumptious. It is said that this destination was formerly known as ‘Jangladesh’ till the 15th century and later the name was changed and till now this site has proved to be a perfect hub not only for the architecture lovers but also the history lovers and the nature buffs.

The capital city is not far from the beautiful land of Bikaner since the distance between them is approximately 450 kms. The travel time would be not more than 8 hours 30 minutes.

Places to see in Bikaner

Junagarh Fort
The Junagarh Fort is accompanied with a beauty that can never be described in just a bundle of words. Also known as the Bikaner fort, it was constructed by Raja Rai Singh who was prominent as Bikaner’s sixth ruler. It is undoubtedly a true symbol of royalty since the fort belongs to the royal family of Bikaner!

While being here, the travellers will be getting to know about the royal life and their living culture. Apart from that, there is a prevalence of an engaging museum perfectly maintained with all the necessary objects which are highly more than enough to keep the tourist engrossed in its ambiance. It is an exhibition of the distinct and good number of ornaments and weapons belonging to the previous era. The Junagarh fort is a true epitome of victory and this is because it has never been defeated in the history of wars.

Karni Mata Temple
Karni Mata Temple is a pilgrimage hub that is located at a distance of 32 kms from Bikaner at Deshnok. The temple was designed with an intention of paying homage to a local deity that is the ‘Karni Mata’ and as confirmed, she was the caretaker of the family of Rajputs. Here, the visitors are surely going to get thrilled to see thousands of rats running here and there within the temple’s vicinity and no one even would remove them. It is because people consider these creatures as the ‘holy ones’.

Also, it is also believed that the person who spots the white rat is the luckier one and that is undoubtedly a good sign. On having a talk with the locales, they said that the white rats in the temple might be one or two in number! The walls and pillars of this temple are attractively crafted with the beautiful religious carvings undoubtedly adding a charm to its construction.

Camel Breeding Farm
Being a part of the activities in the Camel Breeding Farm has being referred as ‘one of a kind experience’ for many travellers. The farm is situated at a distance of approximately 8 kms from Bikaner and while being here, the tourists will be getting to know more about the breeding of camels including their food habits, different camel breeding methods.

They can also roam in the farm and notice the manner in which these silent creatures are fed accompanied with a delicious lunch. It is also commonly called as the Government Camel Breeding Farm and not only this, it is recognized amongst the list of Asia’s most massive camel reproduction farms. Extended over an area of 2000 acres, tourists can easily walk in the farm as per their comfort. This is truly a different activity and is not merely a normal sightseeing activity, thus it literally is worthy of being experienced whenever you are at Bikaner.

How to Reach Bikaner

By Air : The nearest airports are Jodhpur and Jaipur at distances of 252 km and 325 km respectively.

There are about 700,000 people residing in Bikaner.

Bikaner experiences extreme weather conditions all throughout the year. This means that the summers here are too hot and the wintertime is too cold. Accompanied with a desert climate, and thus the city experiences no or very less rainfall during the whole year. June has been recorded as the month with the highest temperature reaching up to 40 degrees Celsius and January is the coldest month with the temperature being around 14.5 °C. On comparing it with the other regions in Rajasthan, the weather conditions here are quite similar to the other Rajasthani areas.

There exist local transportation facilities in Bikaner and thus, the tourists can enjoy the facilities for touring in Bikaner.

For experiencing the sightseeing in Bikaner, nothing can beat the enjoyment and comfort that lies in the local auto-rickshaw rides there. Also, due to the roads being quite narrow, these vehicles would be best suited.

The travellers can rent a car or a motorcycle in order to get the sightseeing tour of Bikaner done with utmost comfort and as per their convenience.

Where to stay in Bikaner

Bikaner is a great host when it comes to the hospitality services it offers to the tourists existing here. There are a good number of different hotels and accommodation options available here including the Boutique hotels, 2-5 stars hotels and also the budget accommodation as per the budget and expectations of the client.

Whether there is a need for a standard accommodation, luxurious resort or the heritage property, the tourists are going to get every kind at Bikaner. Relax in the serenity filled environment of the hotels and enjoy the panoramic views of the city from their terraces, everything would be very perfect!