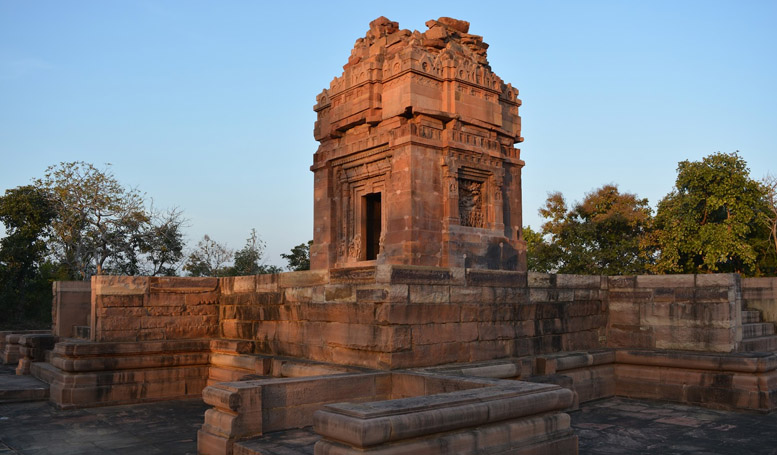 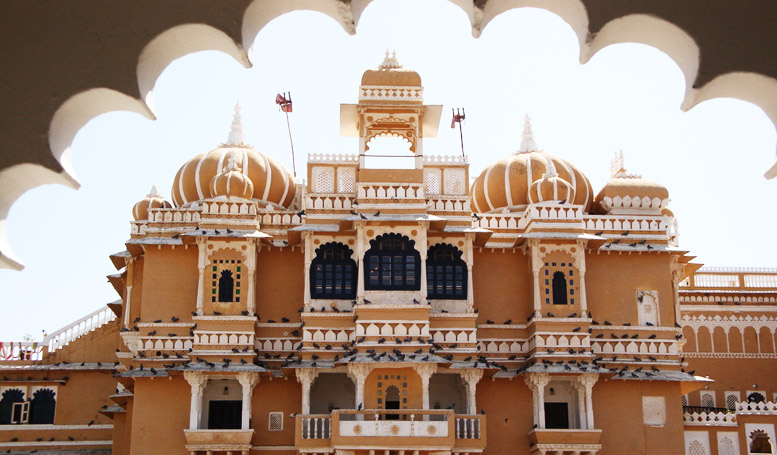 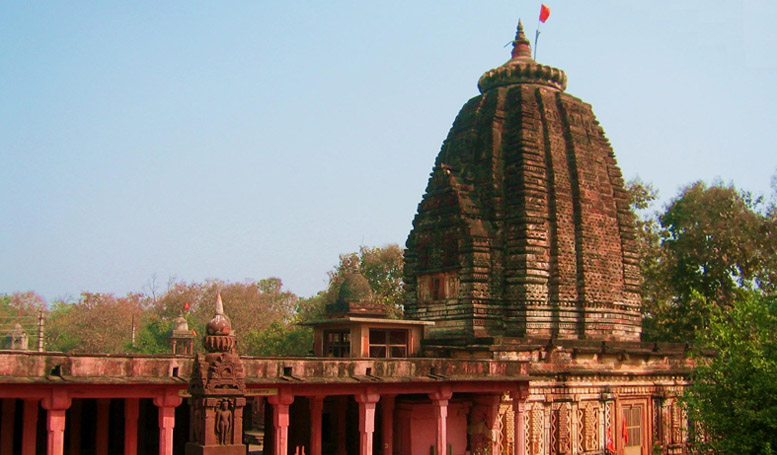 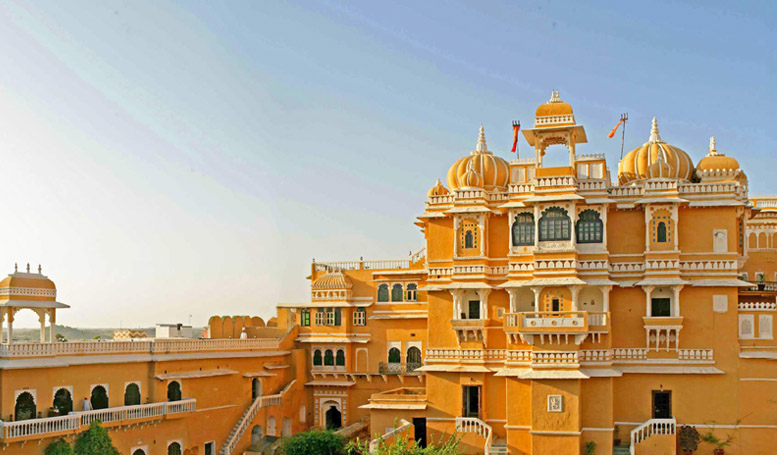 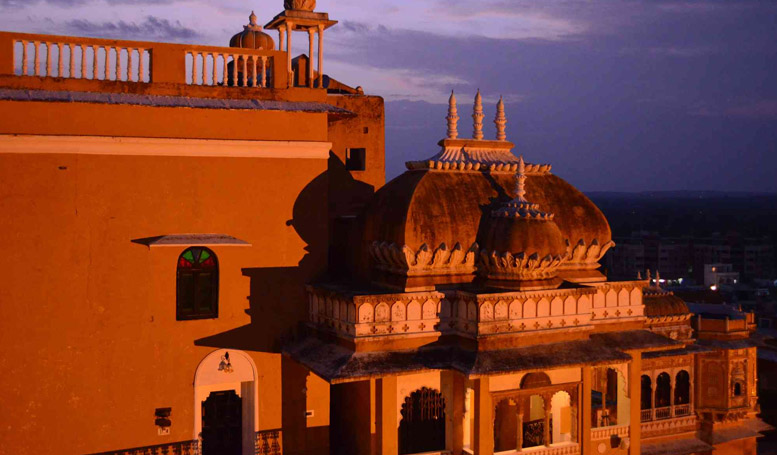 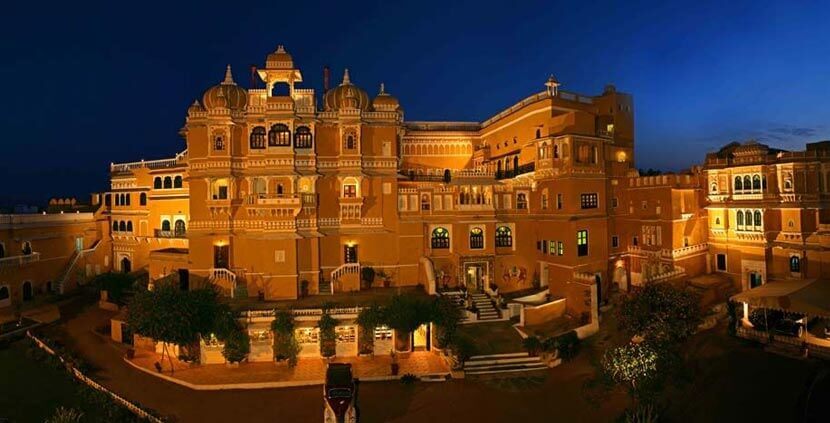 A highly ravishing city in Rajasthan mostly favoured by the tourists from all across the globe, Deogarh is a pure symbolisation of the colourful culture of the Rajasthani people. Deogarh is spotted on the boundaries of three notable destinations Marwar, Merwara, and Mewar that are approximately 80 miles away from Udaipur. This vibrant city is bounded by the Bhil villages and that too at an elevation of 2100 feet above sea level. Engross in the marvellous miniature paintings of from Deogarh presented by this city and let your inner artist speak out loud while having a glance on these masterpieces. Here, the travellers can engross in the pristine aura of varied lakes and other commendable tourists’ attractions standing proudly with an intention of letting the visitors admire their immortal beauty.

The distance between Delhi and Deogarh is approximately 539kms and the time taken to travel between these two regions is about 9.5 hours.

Places to see in Deogarh

Deogarh Mahal
On mentioning about the sightseeing places in Deogarh, the first site that strikes the mind is the Deogarh Mahal. This 17th century palace is tucked high above a hill between the two very famous Jodhpur and Udaipur. It is quite lavish and while being here, the travellers will be getting a royal feel. Also known as the Deogarh Mahal, it consists of 50 rooms and from each of these rooms you can get a heart stealing view of the lakes.

Rawal Nahar Singh who is the present owner of this property transformed the Deogarh Mahal into a heritage property three years ago. Right from this palace, you can grab a panoramic view of the whole city proving as the most beautiful sight a person would have ever witnessed. Presently it is serving as the best luxury hotel in Rajasthan and also the best exhibitor of architectural masterpiece.

Well, this attraction is not just limited to sightseeing, instead it is much more! This is because, here you are free to indulge in the enjoyable and fun-filled activities organized by the hotel management itself. Here is the list displaying some of these:

-    Village Walk
This activity includes a fascinating walk in the village and here the participants can witness the lifestyle and culture of the residents there. It does not have any fixed timings, all you need to do is give a prior message about the same and then you are all set to go!

-    Rural Ramble
Rural Ramble is a quite distinct activity in which the visitors will be exploring the pastoral setting of the village. Here, you are going to see the activities of people engaged in cattle farming amidst the lush green environment. Also, you will be taken to the cave temple that is known to be the settling point of almighty Lord Shiva. Later, you will be driven to the Lakeside for enjoying snacks and other delectable stuff.

-    Rural Rail
During the Rural Rail activity, the traveller is going to be a part of a rail ride to the gigantic yet beautiful Aravalli hills. The train would be none other than the Meter guage train moving on the British Track marking its existence since 1930s.

-    Bird Watching
Deogarh has many beautiful lakes situated nearby and also, they are a home to the colourful migrated birds. Thus, it is a perfect place for the travellers to indulge in the awe-inspiring bird watching activating.


How to Reach Deogarh

By Air : The closest airports are Udaipur and Jodhpur


By Rail : Well linked with the towns like Kota, Neemach, Chittorgarh and Delhi by rail.


By Bus : Flat roads which are well looked after link the city with a high number of other considerably significant towns of Rajasthan and its adjacent provinces.

There are approximately 18,000 people residing in Bharatpur.

Deogarh experiences semi-arid as well as very hot climatic conditions. The summertime here is too hot with the temperature going up to 40-45 degrees Celsius and the summer months start from April till June. The scorching sun heats up the environment here and the relief can be attained during the monsoon time when the temperature lowers down a bit and the city becomes even more beautiful. Wintertime here starts from October till January and the temperature lowers down to 20-30 degrees Celsius and sometimes lesser than that too.

While being in Deogarh, you shall have to travel in your car or else, you can also have a tour of this city in the Vintage car provided to you by the management of Deogarh Mahal.

Apart from that, the buses here connect this city to other cities really well.


Where to stay in Deogarh

For travellers, the most preferred choices of accommodation are the Deogarh Mahal and the Dev Shree Hotel. Both these stays not only provide accommodation facilities to travellers, but they also give them exciting activities in the city to engross in.