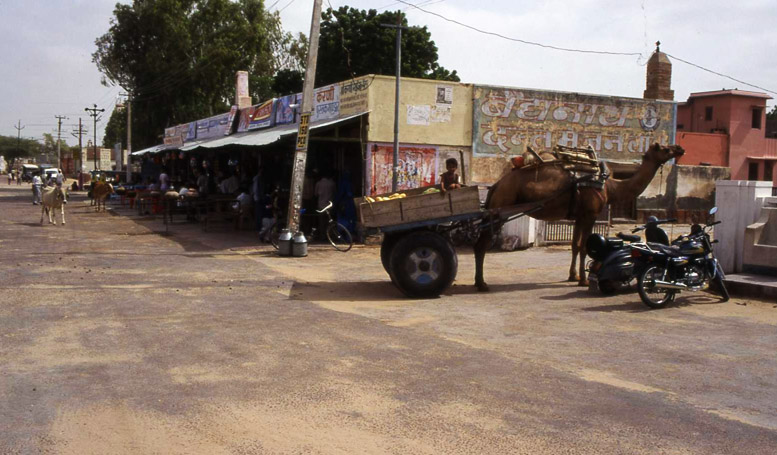 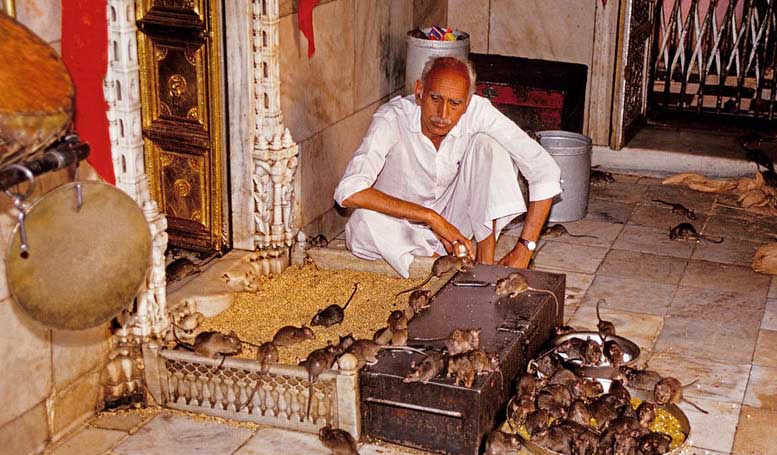 The ‘Camel Country’ Bikaner District houses one of the most beautiful as well as the religious destination of all time and that is Deshnok. People used to call it ‘das nok’ during the earlier days that means ‘ten corners’. Such was its name because it was entailed that this village was formed after being carved out from the ten corners of the ten hamlets. The serenity lying at this rural destination, smiling faces as well as the welcoming faces of their locals are surely going to fill up your days with utmost fun while being here. Being highly trending and one of the most favoured destinations by the travellers, this site is quite famous due to the existence of the Karni Mata Temple or the Rat temple that is approximately 600 years old. The awe-inspiring beauty and the admirable beauty of this place are surely worthy of glimpses.

The distance between Delhi and Deshnok is around 524 kms and the time taken to cover this distance is around 8.5 hours.

Places to see in Deshnok

Karni Mata Temple
Deshnok is not at all a place with some common sightseeing of forts or palaces. Instead, here you are going to explore a spiritual hub that is full of white, black and brown rats. The place is the very famous Karni Mata Temple. Considered to be a quite rare tourist attraction, the Karni Mata Temple is accompanied with a highly antique custom of worshipping the cats present in its vicinity.

The hub is also commonly known as the Rat Temple due to the existence of thousands of rats at the temple’s premises. Considered to be a notable incarnation of Goddess Durga, Karni Mata is worshipped in the Rat Temple. It was established during the 20th century by Ganga Singh who was the emperor here during that time. As entailed and believed by many people and pilgrims here, it has been notified that the rats are looked upon as the future kids of Goddess Karni and the 20,000 rats that are present here are called as the ‘Kabas’.

A good number of people participate in the very vibrant and charming Karni Mata Fair that is held twice annually during the months of March-April as well as September- October. Also, the travellers can also witness the very exciting Gangaur Festival in Deshnok held during March of every year by women in order to pay homage to Goddess Gauri Mata.


How to Reach Deshnok

By Air : Bikaner is the nearest airport. Deshnok is about 30 miles south of Bikaner. Local taxis can be hired from the airport.


By Rail : The nearest railhead is at Bikaner. It is well connected with Delhi, Jodhpur, Jaipur, Bhatinda, Kalka and Howrah (Kolkata).


By Bus : Deshnok is connected with all major cities of Rajasthan by a wide network of roads.

There are around 16,000 people living in Deshnok.

The climatic conditions in Deshnok are extreme throughout the year. This means that the summers are too hot and the winters are too cool. The summer months here begins from March and concludes by June with the temperature noted at around 30-40 degrees Celsius. Monsoons here are moderate and start right from July till November accompanied with a high amount of humidity during this time. Months from December till February are the winter months and experience a temperature as low as 5 degrees Celsius during the night but 20-25 degrees Celsius during the pleasant daytime.

Deshnok is a region with minimal facilities of local transportation in order to indulge in its sightseeing. Thus, for the same the travellers would either have to journey here in their own vehicle or hire a car from varied rental companies in Bikaner.


Where to stay in Deshnok