After your arrival in Delhi, fly to Udaipur which is aptly termed as the 'Lake City'. Soak up the beauty of the City Palace and visit the Jagdish Temple. Delight yourself with a boat ride along Lake Pichola. Travel to the city of Jodhpur, famous for the Mehrangarh Fort, making a visit to the Jain temples of Ranakpuren route. After a fun-filled sightseeing tour of Jodhpur, head to Pushkar which is known all across the world for the Pushkar Camel Fair. Spend a day at Jaipur, the 'Pink City of India' and then get ready to explore the historical riches of the Mughal Empire at Agra and FatehpurSikri. Enjoy a sightseeing tour of the Khajuraho Temples and then immerse in the rich Hindu culture at Varanasi before getting back to Delhi for your flight back home.

Today after breakfast get in time transfer to the Delhi airport to board your afternoon flight to Udaipur. Udaipur city was established in 1568 by Maharana Udai Singh after his last unproductive endeavor to preserve the Mewar capital, Chittorgarh from the attack of Mughals below ruler Akbar. Udaipur is the paradise in the desert of Rajasthan because of its charming attractiveness, plentiful water & natural defense afford by the neighboring afforest & Aravali mountain peaks. It is located on the border of three lakes and hence recognized as the "City of Lakes & Palaces". On arrival at Udaipur airport transfer to the hotel and get relaxed for the rest of the day. Overnight stay is at Udaipur.

Today after breakfast in the hotel, visit the City Palace, a fascinating compilation of structures added by a variety of rulers after Udai Singh & erected in the year 1725. Then visit Sahelion ki Bari also described as the backyard of Maids of Honour. It is a decorative garden laid out by Maharana Sangram Singh for his daughter & the females of the Queen's patio. The garden is decorated with a number of fountains, pool & colourful flowers. Later visit Jagdish Temple, constructed in 1651 AD in Indo – Aryan culture by Maharana Jagat Singh. It is the biggest & the most gorgeous place of worship in Udaipur. In evening also enjoy boat ride on Lake Pichola and sight the Lake Palace & Jag Mandir, the two islet palaces on the lake appears similar to gems in the lake. In evening back to the hotel for night stay at Udaipur.

Today drive towards Jodhpur the second largest city of Rajasthan. Jodhpur has scenery conquered by the immense Mehrangarh Fort peaking over an absolute stony point. On the way visit Ranakpur, well-known for some marvelously imprinted Jain shrines made of marble, in the 15th century AD during the supremacy of Rana Kumbha. On arrival at Jodhpur check in to your pre booked hotel and get relaxed. Overnight stay at Jodhpur.

Today have your breakfast and drive towards the most blessed city of Rajasthan – Pushkar. Situated at the depository of Pushkar Lake it is well-known for annual cattle fair also called as Pushkar Fair. On arrival visit the Hindu place of worship of Lord Brahma, marked as the originator of world this temple is considered to be the only temple dedicated to Lord Brahma in the world. Later in evening check into your pre booked hotel and get relaxed. Overnight stay is at Pushkar.

After having breakfast get relaxed and in afternoon drive towards Jaipur – commonly identified as Pink City, the colorful capital of Rajasthan with its wealthy vibrant past, glorious with tale of velour courage. The city was founded in 1728 by Maharaja Sawai Jai Singh II, the leader of Amber. On your arrival in evening at Jaipur check into your pre booked hotel and get relaxed. Overnight stay at Jaipur.

Today after a hearty breakfast move on to take an excursion to Amber Fort just 11 km away from Jaipur – it is a citadel compound which is positioned today as well was inaugurated under the time in power of Raja Man Singh. On arrival at Amber Fort enjoy Elephant journey to arrive at the fort entrance established on the top of vertical hill. Later drive back to Jaipur and visit famous tourist attractions here such as the City Palace - an ideal blend of Rajasthani & Mughal architecture. Further we visit Jantar Mantar, the planetary Observatory made up of brick and used to forecast solar plans that offers precise prophecy till date. Later visit the Palace of Winds locally known as Hawa Mahal, a five – storied pyramid shaped monument made up of pink sandstone. Later in evening back to the hotel for night stay in Jaipur.

Today morning have your breakfast and drive towards Agra, on the way to Agra visit Fatehpur Sikri – the phantom Capital and the political capital of India's Mughal kingdom beneath Akbar's period of influence, from 1571 until 1585, when it was discarded, supposedly because of the deficiency of water. Further move on your drive to Agra, wonderfully located on the depository of tributary Yamuna. It gained importance as the capital of the Mughal rulers from 1526 to 1628, and today attracts the largest number of tourists towards its numerous impressive Mughal - period memorial, mainly the Taj Mahal, Agra Fort & Fatehpur Sikri. On arrival at Agra check into your pre booked hotel and get relaxed. Overnight stay is at Agra.

Today after breakfast enjoy the guided visit to the impressive white marble structure Taj Mahal remarked as representation of everlasting love story. It was constructed by the 5th Mughal ruler, Shah Jahan in 1631 in reminiscence of his spouse, Mumtaz Mahal. Further visit Agra Fort precisely explained as a walled splendid city built with red sandstone. Overnight stay is at Agra.

Today morning get transfer to the Agra railway station to board your superfast train to Jhansi. On arrival at Jhansi meet our representative and drive towards Khajuraho. On the way to Khajuraho visit Orchha, situated at a detachment of 16 km from Jhansi on the depository of Betwa River which flows gently through the town. In Orchha visit the 16th century forts & shrines constructed by its Bundela leader who came out to be poised in time. Visit Orchha Fort complex inside the fort compound visit Jahangir Mahal, constructed by Raja Bir Singh Ju Deo in the 17th century to honor the visit of ruler Jahangir to Orchha. Raj Mahal, constructed in 17th century through Madhukar Shah, the intensely spiritual ancestor of Bir Singh Ju Deo. Also pay your visit to Ram Raja temple, fort – curved – shrine with towering spires & splendid structural design. Later drive towards Khajuraho, constructed by the powerful soldier rulers of the Chandela empire, flanked by 950 – 1050 AD, a really stimulated rupture of imagination that holds attractively an open erotic figurine. All these are revived yet again in the 20th century and are now a UNESCO World inheritance place. On arrival at Khajuraho check into your pre booked hotel. Overnight stay is at Khajuraho.

Today after breakfast enjoy the guided sightseeing tour of Khajuraho temples, well-known for the splendid statues representing abundant unusual poses of the renowned Kama sutra, prehistoric Indian effort on sex. Only 22 shrines stay alive out of the 85 initially erected. In evening enjoy the light and sound show at temples. Overnight stay is at Khajuraho.

Today get in time transfer to the Khajuraho airport to board your flight to Varanasi. Varanasi charmingly located on the banks of sacred tributary Ganga it is considered as the matured breathing city of the World. On arrival at Varanasi meet our representative who shall assist you to the hotel along with the check in formalities. Varanasi also clutches an extremely important connection with Buddha's living & Buddhism. In evening enjoy the boat ride on holy river Ganges and be the part of eye catching grand Ganges aarti ceremony on the ghat. Overnight stay at Varanasi.

Early morning again enjoy the boat ride on River Ganges to observe the early morning dealings which takes place on the depository of the holy river Ganges. Later have your breakfast and enjoy the guided excursion to Sarnath where noble Buddha offered his initial oration after achieving the religious influence. Later return back to Varanasi and visit the local attractions here such as – The Durga shrine devoted to deity Durga fascinatingly the Durga Temple is too recognized as the Monkey Temple because of the great figure of apes initiated in the shrine complex. Also pay your visit to Banaras Hindu University. In evening get in time transfer to the Varanasi railway station to board your overnight train to Delhi.

Today morning on arrival at Delhi railway station get transfer to your pre booked hotel. After some relaxation our representative will meet you in the hotel and take you for the full day guided tour of Delhi. Delhi is separated in two parts Old and New Delhi. The sightseeing tour of Delhi will comprise the tributes like Qutub Minar - constructed by Qutub ud din Aibek of the slave family, Humayun's tomb, enjoy the drive pass through the President's House, and take a impede at India Gate put up in the reminiscence of sacrificial victim of British Indian Army who battled for World War I. Also enjoy the drive pass by visit to Red Fort – replica of Agra fort and take a leisurely walk in imperial market of Chandni Chowk where you can find the lively crowd. In evening visit the Grand Akshardham temple complex. Afterward in evening back to the hotel for night stay in Delhi.

Today get in time transfers to the Delhi airport to board your flight back to home / next destination. 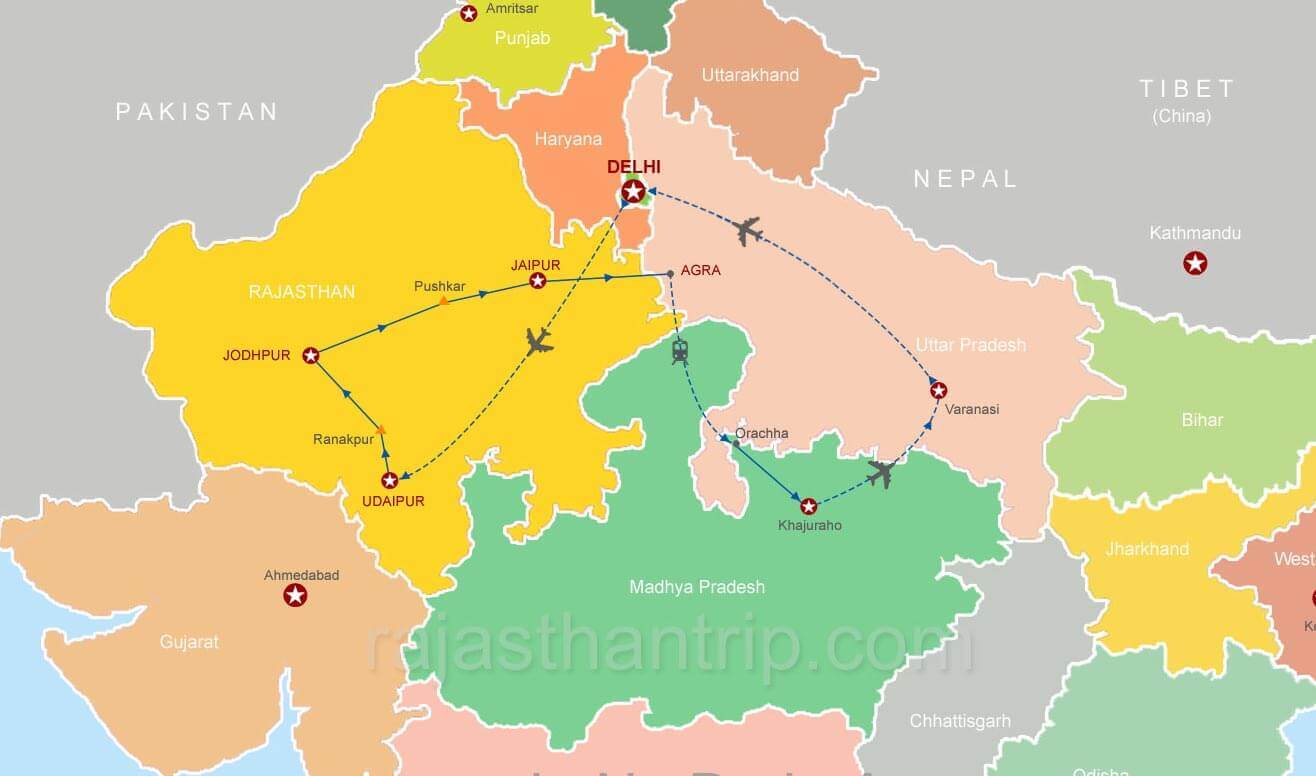 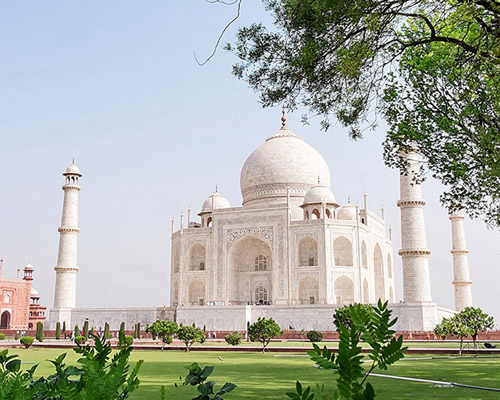 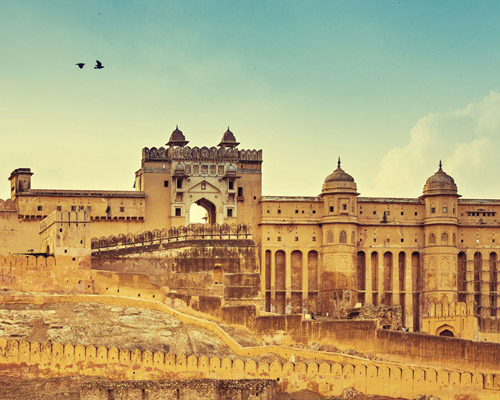 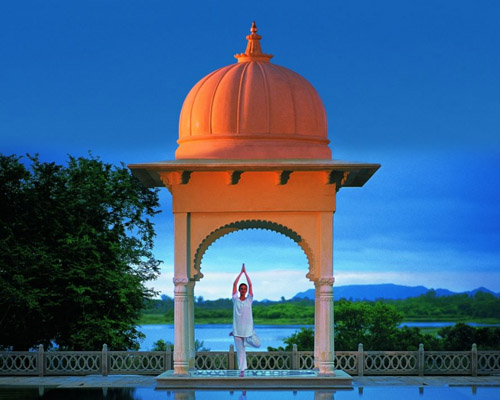 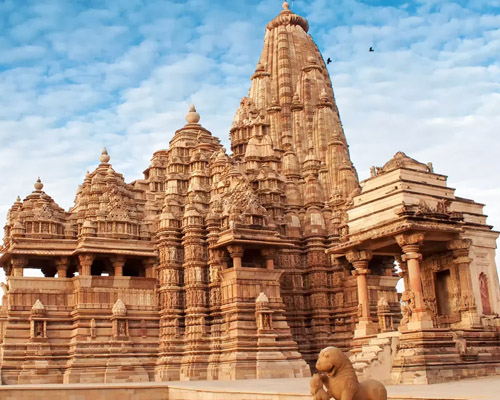