Chittorgarh offers visitors the chance to have a meeting with the beautiful past as a perfect portrayal of the magnificent Rajput heritage. The majestic and powerful fort of Chittorgarh, which is a fine example of Rajputana architecture and rich in architectural splendour, continues to be the city's most valued possession. When the term Chittor is mentioned, images of brave and valiant Rajput monarchs with pride come to mind. Chittorgarh, a small district in Rajasthan, is a popular tourist destination because of its fort built on a hill. The centre of Chittorgarh tourism is the impregnable fort, which is challenging to access and is surrounded by cliffs. The fort is on the list of top tourist spots near Chittorgarh as it contains palaces, temples, lawns, and lakes.

Because of its extensive history and vibrant culture, Chittorgarh is an extremely significant city and is filled with numerous places to visit around Chittorgarh The architecture offers hints of the numerous ages and monarchs who have ruled over Chittor. There are other temples as well, which are very significant to the Jain community. Let me take you on a tour of some of the 10 top attractions to visit in Chittorgarh for a royal outing. 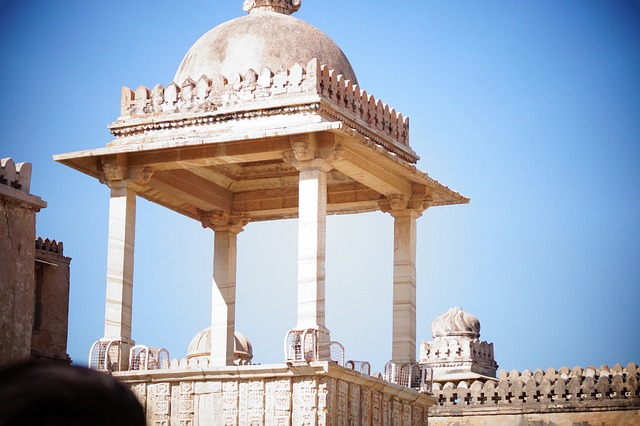 The Chittorgarh Fort in Rajasthan, one of the biggest forts in India, was constructed by the Maurya monarchs in the seventh century A.D. The Chittorgarh Fort, sometimes known simply as Chittor, is a great example of well-known Rajput architecture and is majestically positioned on a hill measuring 590 feet in height and 692 acres in size.

The Chittorgarh Fort, which truly represents Rajput culture and beliefs, is replete with legends of bravery and sacrifice. Due to its impressive structure, the Chittorgarh Fort was included as a UNESCO World Heritage Site in 2013. The Chittorgarh Fort can be reached by a steep, one-kilometre route. Since it has been the subject of numerous historical sacrifices, it is frequently seen as the state's pride. 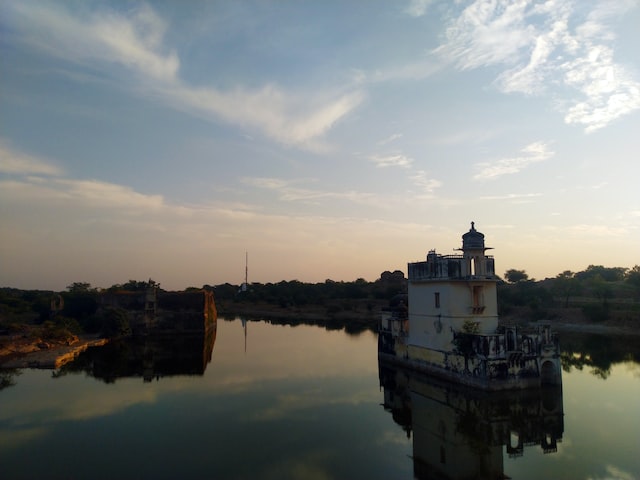 When Rani Padmini wed Rawal Ratan Singh, the monarch of the Mewar Kingdom who ruled between 1302 and 1303 CE, she moved into the palace known as Padmini Palace. After Chittorgarh was attacked by the Sultan of Delhi, Alauddin Khilji, Rani Padmini sacrificed herself, and her selfless act is commemorated by the opulent palace. The fort is surrounded by a lotus pool, which heightens the attraction's appeal. When the royal women visited this spot, one can only imagine how magnificent it was.

When Alauddin Khilji attacked the palace, the Rajput women choose to sacrifice themselves. Their bravery and heroism are shown by their readiness to fight and risk death rather than incur dishonor. 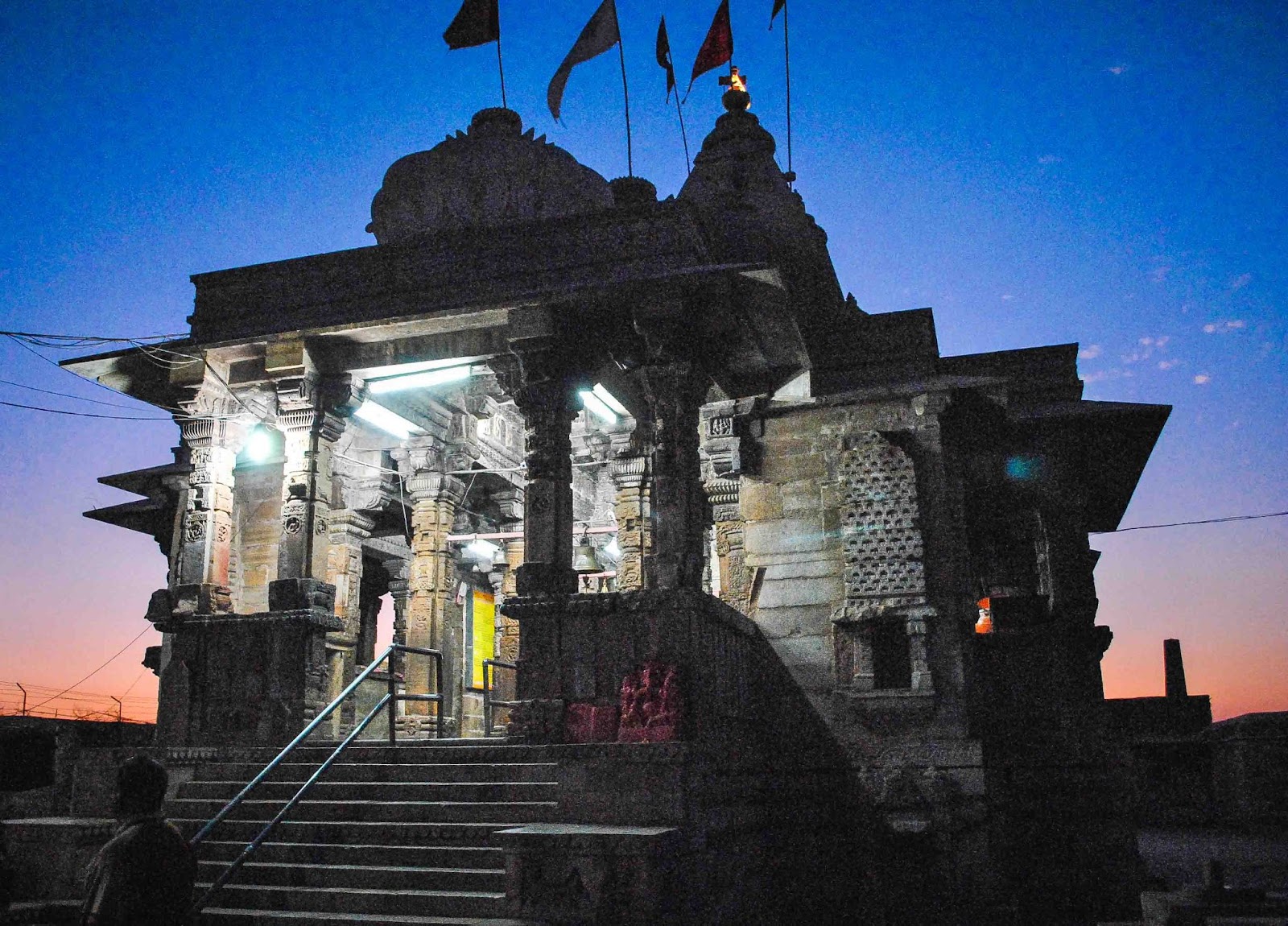 The list of top tourist spots near Chittorgarh would not be complete without a stop at this temple, which is among the top tourist attractions in Chittorgarh. What draws the majority of visitors is the temple's magnificent sculptures. It is devoted to Goddess Durga's incarnation Kalika.

The platform-based temple as a whole showcases Prathira's architectural design. Intricate patterns can be seen on the ceiling, pillars, and gates. The temple's architectural authenticity will nevertheless astound you despite the fact that it is half in ruins. 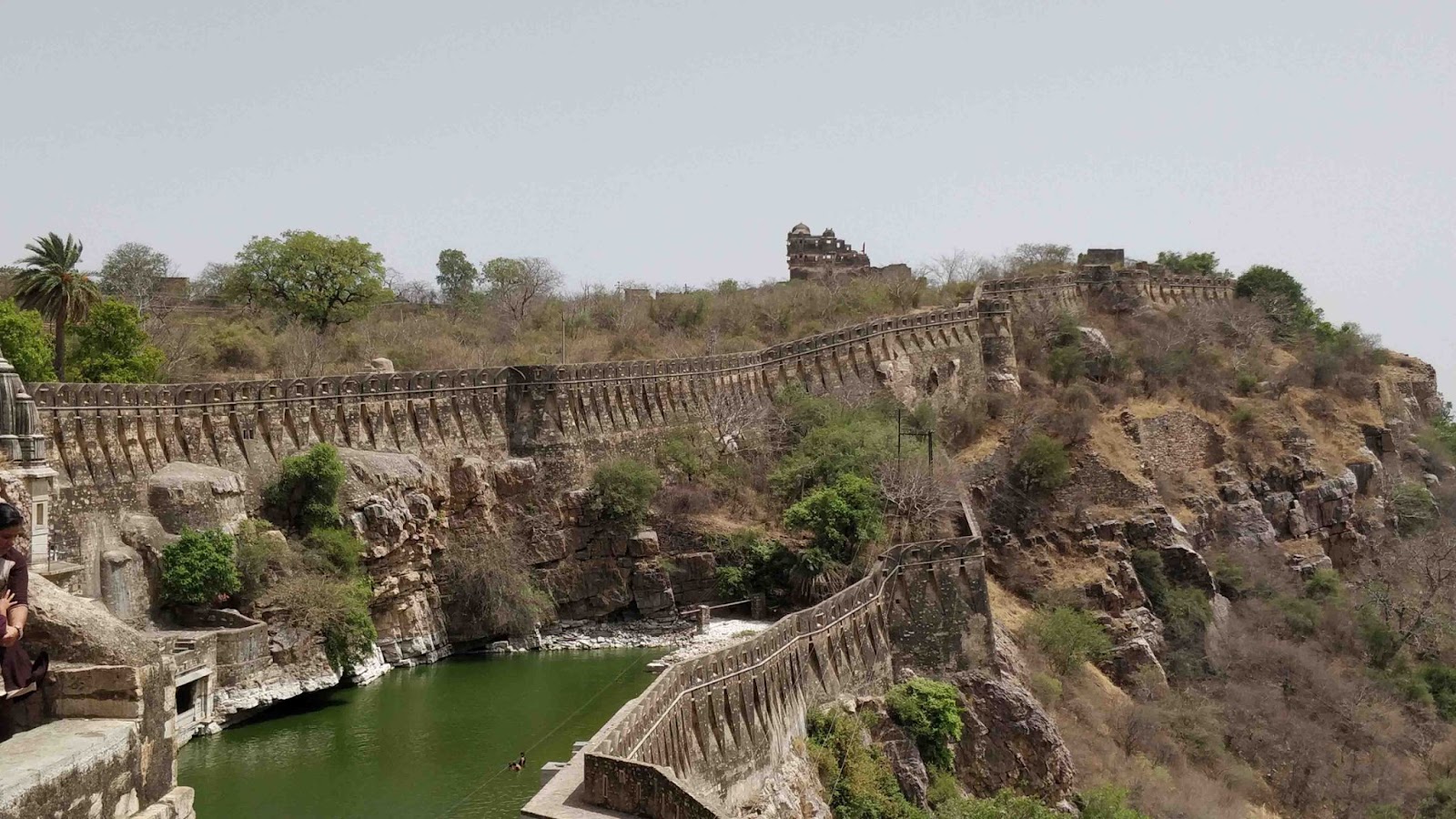 The Gomukh Kund, which is inside the Chittorgarh fort, is also known as the "Tirth Raj" of Chittorgarh because whenever pilgrims and devotees travel to various They finish their holy pilgrimage by going back to the Gomukh Kund after visiting Hindu sacred sites. Due to the location where the river flows, the place was given the name Gau Mukh, which means "mouth of the cow" in English. This location's natural surroundings, like the luscious green vegetation and the running stream, further add to its allure.

It is located about 110 kilometres from Chittorgarh and is a hallowed site where former rulers of Udaipur were once buried. Tourists are drawn to this stunning building's gleaming exterior as well as the water reservoir where it's said that the Ganges River emerges. To honour the 19 Kings who were cremated here, the Ahar Cenotaphs have 19 chhatris. There are almost 250 cenotaphs in all here.

Rana Kumbha lived in the Rana Kumbha palace throughout his whole reign. Because of its charming and beautiful architecture, it is a must-see for visitors to Chittorgarh. It is a memorable experience made possible by the neighbouring Lord Shiva temple and the light and sound spectacle inside its complex and is the perfect tourist spot near Chittorgarh, especially for our religious travellers

In the Rajasthan state in north-western India, the Sitamata Wildlife Sanctuary is situated in the Pratapgarh district. It is a densely forested area with dense deciduous plantations, including Gulmohar, Sindoor, Rudraksha, Bamboo, Bel, etc. 108 therapeutic herbs, including roughly 17 endangered species, has been identified by botanists as being present in the sanctuary. Along with numerous additional bodies of water, the rivers Sitamata, Budho, Tankiya, Jakham, and Karmoi flow through the sanctuary, giving a steady supply of water to the local flora and fauna.

A Hindu myth states that the Valmiki Ashram was situated in this forest. A temple honouring Goddess Sita is also located in the region. For those who enjoy the outdoors and animals, the Sitamata Wildlife Sanctuary is a delight. Rajasthan's wildlife can be photographed, and exploring the sanctuary is a lot of fun.

The standard for Rajput wealth has been raised by this palace in Chittorgarh. Both the arrangement and the architecture are stunning. The presence of a large variety of crystal artifacts shows reveals the King's love of the material. There are numerous passageways and a wonderful collection of Rajasthani paintings in the palace. Now that a sizable portion of the fort has been turned into a museum, a sizable portion of the exhibit is made up of royal crystal objects.

On the grounds of Chittorgarh Fort, there is a shrine to the Rajput princess Meera Bai called the Meera Temple, also called the Meera Bai Temple. The magnificent temple was constructed by the Rajput king of the period, Maharana Kumbha, and is now a revered historical and religious site. Many visitors choose to sit in silence, practise meditation, and reflect on their life goals here, and many do so in order to find direction in their lives. As one wanders about the captivating location, one will see the beautiful carvings on the pillars and walls that enhance the monument's cultural appeal.

These carvings tell the tales of Meera Bai and Lord Krishna and the sacrifices they made for one another. This magnificent location, which was constructed during the rule of Rana Kumbha, is where Meera Bai quit her life as a princess to live as a devoted follower of Lord Krishna.

Nearly 5 kilometres from the Bassi Fort Palace in Chittorgarh, Rajasthan, is the Bassi Wildlife Sanctuary, an important natural reserve. On the western edge of the Vindhyachal Mountain Ranges, the sanctuary occupies a 150 square kilometre region and contains numerous lakes and waterways that are vital to the vegetation.

Dry deciduous trees like Dhok, Churel, and Butea, as well as a number of flowering plants and medicinal herbs, can be found in the forest. The forest officials can arrange for tourists to go on a jeep safari. On these safaris, a guide who is knowledgeable about the refuge travels with the tourists. Wildlife enthusiasts and those who enjoy the outdoors frequently visit the Bassi Wildlife Sanctuary to observe animals and birds in their natural habitat.

Can't get enough of Chittorgarh's beautiful locations' greatness? Purchase your tickets right away to experience the opulence of royalty! Therefore, if you're looking for a weekend escape, we advise going to Chittorgarh to experience its allure. This journey will live forever in your memory. You'll have memories to last a lifetime as a result. Here’s the list of top tourists spots near Chittorgarh

The best time to travel to Chittorgarh is during the winter, from October to March, although the peak season is typically from December to February. In addition to the gorgeous forts, the town also has a number of temples that are best explored in the winter.

You need to visit all the places like Padmini palace, Chittorgarh palace, Kalika Mata temple, Gau Mukh Kund, and Maha Sati. Meera Temple, Kirti Stambh, Fateh Prakash Palace Museum, etc. These all places are nearby so you can take a taxi/car to reach there.

The magnificent Chittor Fort, which is located in Chittorgarh, is what draws tourists to this region. This fort is the biggest in Asia and India. The Rajput rulers bravely fought for their freedom during numerous notable sieges that took place here (1303, 1535, and 1567–1568).

Chittorgarh is a stunning city in Rajasthan that is well-known for its ancient forts, rivers, temples, locations, and illustrious past. It keeps the visitors shunned by the heroism and history it preserves.