14 Amazing Places to Visit in Udaipur


Udaipur, known as the "Venice of the East" and the "city of lakes," is a well-known tourist destination in India with a wide variety of things to see. Udaipur is surrounded by emerald lakes and the Aravalli Mountains, which are covered in lush greenery. One of Udaipur's most stunning attractions is the renowned Lake Palace, which is situated in the middle of Lake Pichola. This city is the treasure of Rajasthan. A must-visit location in India, it is surrounded by stunning natural scenery, captivating temples, gorgeous architecture, and a plethora of things to see in Udaipur.  To understand why Udaipur is the pride of Rajasthan, all it takes is a boat trip through the placid waters of Lake Pichola.

Udaipur, which is one of the most alluring and unforgettable tourist sites, is situated in a valley and is surrounded by four lakes. This city's natural beauty has been magnified by human endeavour. The Lake Palace hotel is something that gives the city a distinct visual identity, even though the city's architecture as a whole is attractive. Udaipur is roughly 60 kilometres away from the famed Nathdwara shrine. For those who are eager to discover a wealth of culture and heritage, Udaipur is the ideal vacation spot.

Here we will be discussing all the popular places to visit in Udaipur and exploring its enchanting beauty. 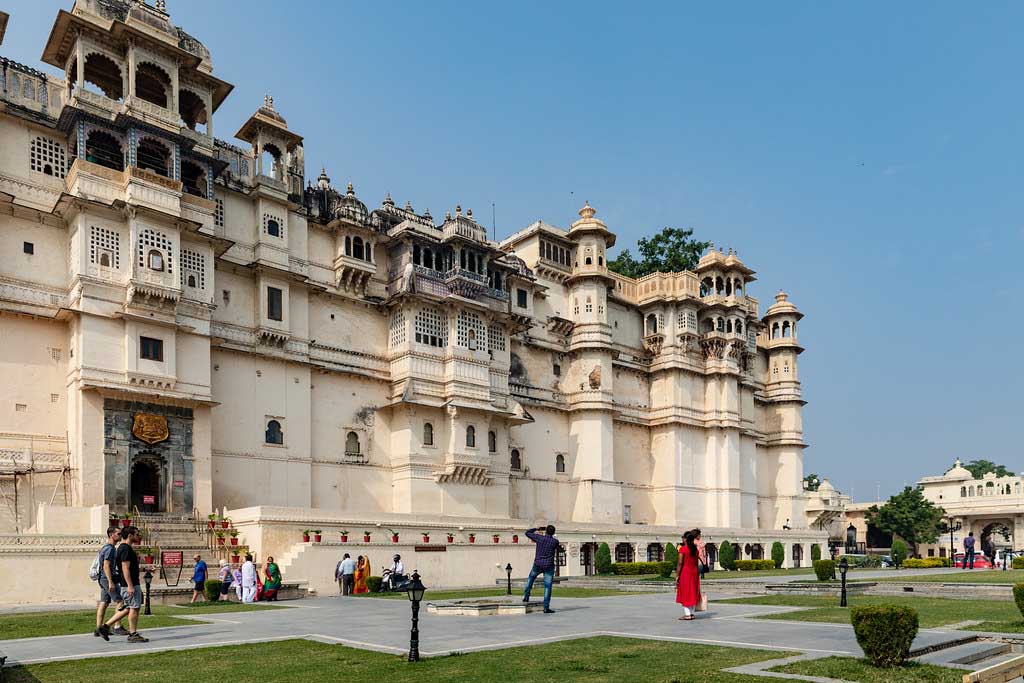 The most significant landmark you must see is this, after figuring out where your hotel is. The City Palace, which is directly on Lake Pichola's banks, will give you a glimpse of Rajasthan's imperial magnificence amidst imposing buildings. For the royal and governing dynasty of Mewar, the buildings have been constructed. Travellers will be drawn to the palace's splendour by its exquisite interiors, exact mirror work, murals, marble work, antique furniture, and distinctive artworks. Amar Vilas, Manak Mahal, Moti Mahal, Bhim Vilas, and Krishna Vilas are just a few of the majestic palaces and villas that make up the palace's expansive complex. You may take in the Mewar Light Show and Sound Show in the evening. 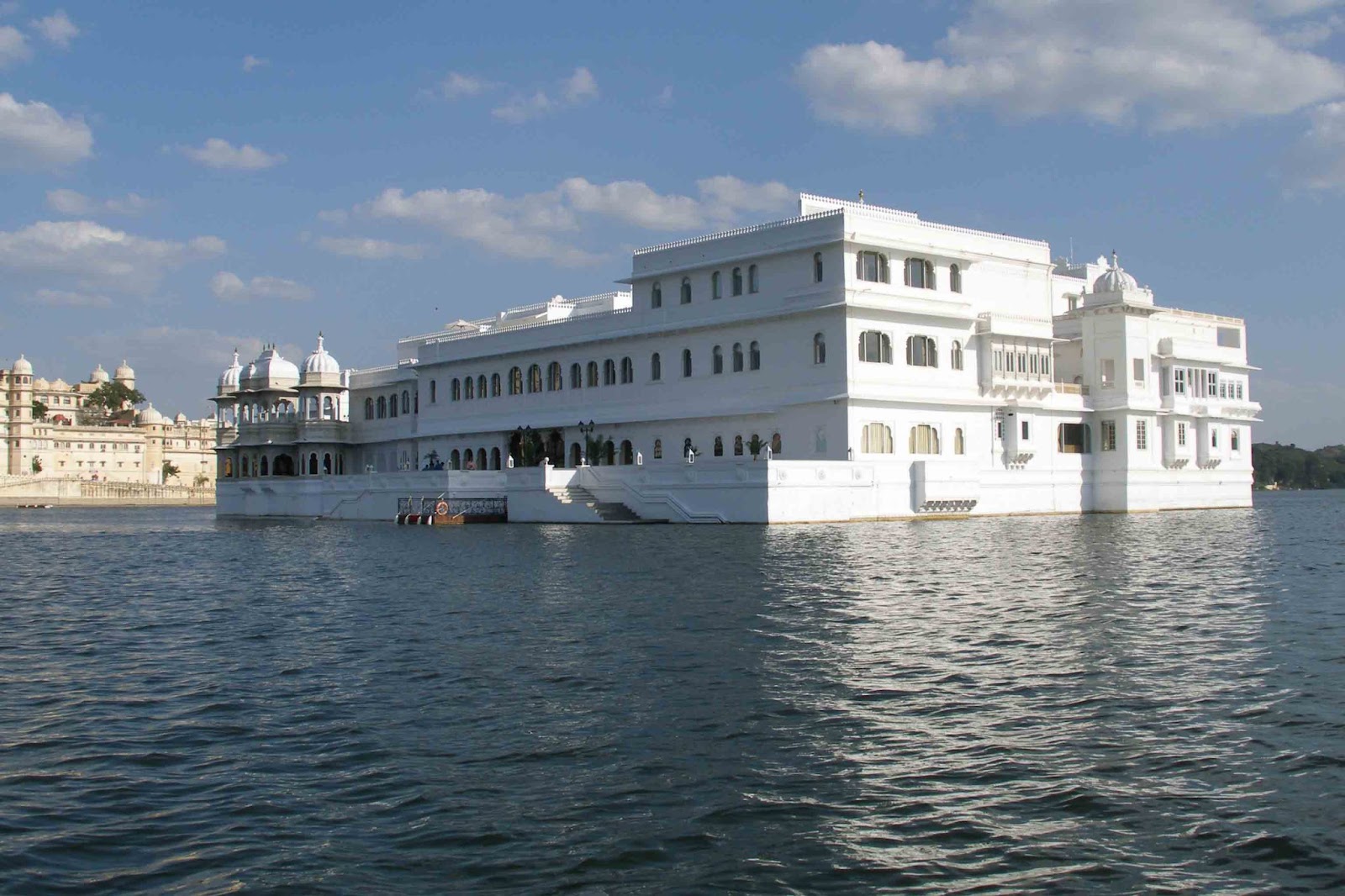 One of the most popular places to visit in Udaipur and also an attraction for tourists is the Lake Palace. The palace, which is situated on the shores of a 4 km long artificial lake, will catch your eye due to its stunning natural surroundings. This palace, which is managed by the Taj Group, provides an entrancing view of the Aravalli Hills. The palace, one of Udaipur's most enchanting locations, was constructed by Maharaja Jagat Singh II. Its mouldings and sculpted marble will keep you interested while you take historical tours. On the serene lake Pichola, you can go boating all day long. 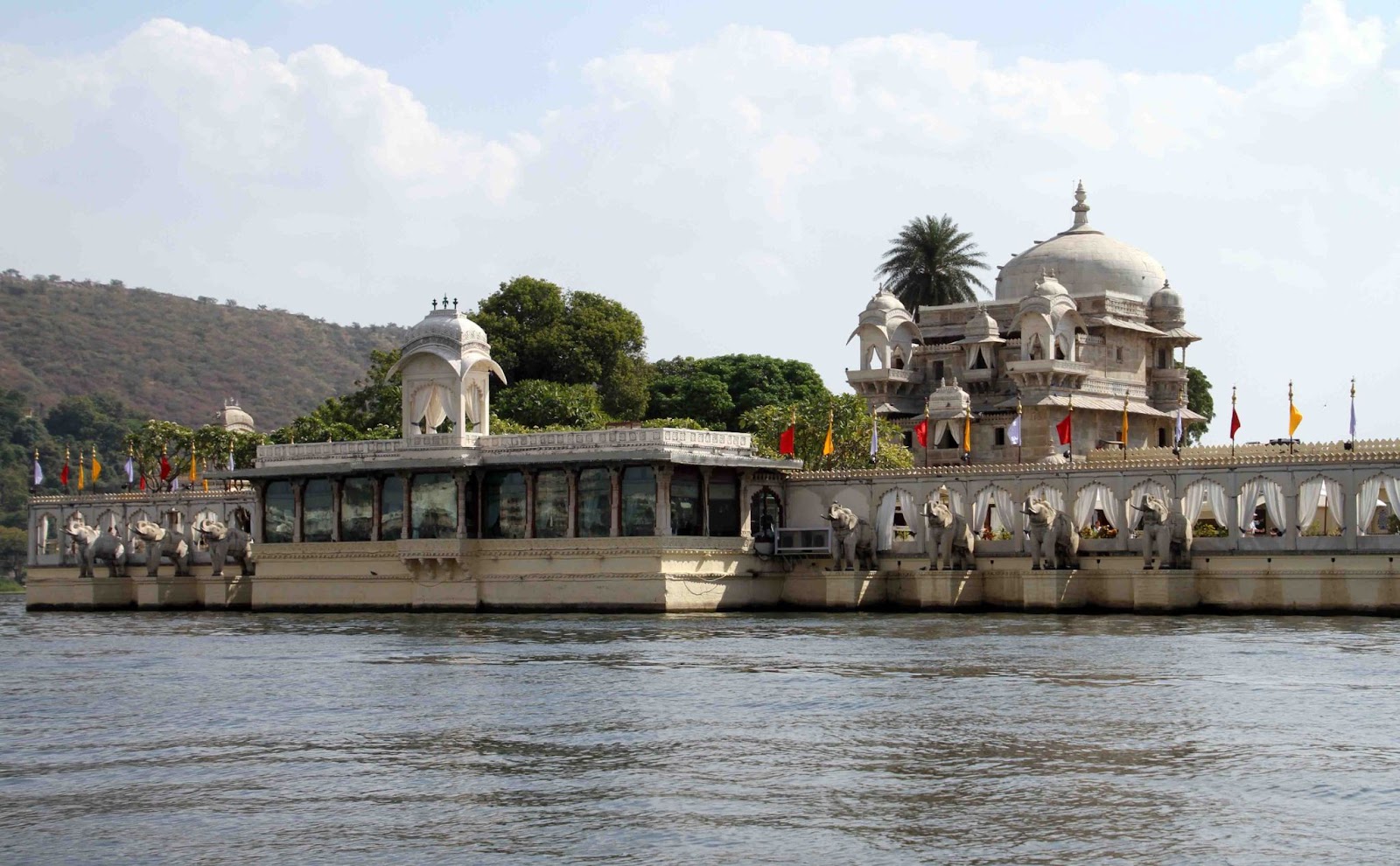 On the shores of Lake Pichola is the seventeenth-century palace, another romantic destination in Udaipur. Jagmandir, also known as Lake Garden Palace, is a popular destination for tourists because of its unmatched tranquillity and beauty. The Gul Mahal, Garden Courtyard, Bara Patharon ka Mahal, Darikhana, Zenana Mahal, and Pada Ka Mahal are a few of the areas that make up this complex.

One of the best places to visit in Udaipur is the Jagdish Temple. The Indo-Aryan temple was established by Maharana Jagat Singh. To access the Udaipur temples, you must climb a few steps from the City Palace Badi Pol entrance. You'll be amazed by the brass Garuda statue and the Vishnu statue made of black stone. There are more Ganesha, Shakti, Shiva, and Sun God shrines. Don't miss taking in the serene aarti at sunset.

Speaking about the close Udaipur’s places to see, you should check out the Saheliyo Ki Bari or the Garden of the Maidens, both of which Maharana Sangram Singh built in the 18th century. Maids sent with the Princess as part of her dowry were welcomed to her groom's hearth by the magnificent building. Beautiful women could be seen dancing, singing, and having a good time all around this location.

On top of a hill, the Monsoon Palace, also known as Sajjangarh Palace, provides breathtaking views of the Fateh Sagar Lake and Sajjangarh Wildlife Sanctuary. The extravagant lifestyle of the Rajput kings is evident in the royal structure, which resembles a fortress from the time of fairies and angels. To appreciate the monsoon clouds drifting away in the clear sky, Maharana Sajjan Singh constructed the palace.

The magnificent man-made lake offers a view of the blue-hued waters against the lovely green hills in the distance. Because of this, Udaipur has earned the nickname "The Second Kashmir." One of the locations to visit in Udaipur is Fateh Sagar Lake, which is known for its four islands and extraordinarily vast and unpolluted backdrop. The island, which houses a solar observatory and open parks, is only reachable by boat.

Probably built in 1362 AD by a tribesman, Lake Pichola is a breathtaking area of Udaipur. Over the years, on the islands around this lake, numerous palaces, royal apartments, temples, Chabutaras, and ghats have been built.

One of the top tourist attractions in Udaipur is the Udaisagar Lake, which Maharana Udai Singh built in 1565. The lake, which has a good reputation, was created when the Berach River was dammed. It was constructed to make sure that the city will always have access to water. It is worthwhile to come due to the beautiful sunsets and peaceful settings.

The Jaisamand Lake, also known as Dhebar Lake, is one of the biggest artificial lakes in the world. Additionally, it is among Udaipur's most beautiful water features. The lake, one of Udaipur's most well-known locations, was made possible by the Marble Dam that Maharana Jai Singh built. The marble statues and chhatris are gorgeous in addition to the marble dam, which is the main attraction. Take pleasure in boat trips and the most popular places to visit in Udaipur during summer.

The lakes from the 17th century are among the nicest sites to see in Udaipur because the Maharanas conducted Tuladan there. The Maharanas used the weighing arches or five Toranas that were standing on the pavilions of the lakeside to give away their body's weight in gold.

A popular tourist site known for its tranquil atmosphere is Badi ka Talab or Jiyan Sagar. It is also well known for the magnificent chhatris on the pavilions, which showcase the ethnicity of Rajasthani architectural design and is best for Udaipur sightseeing.

The Doodh Talai Lake, one of Udaipur's most popular and exquisite tourist destinations, is located close to lake Pichola. Despite being a little body of water, Milk Pond, also known as Doodh Talai, draws visitors to two hilltop parks that are close by. The Manikya Lal Verma Garden, which also houses the Karni Mata Temple, is a park with lovely views of Lake Pichola. A public park next to Doodh Talai called Pandit Deen Dayal Upadhyay Park attracts people with its melodic fountain.

The memorial looks out over Fateh Sagar Lake from its perch atop Moti Magri. There is a statue of Maharana Pratap, one of Udaipur's most illustrious kings, with his mount Chetak. Visit the memorial that contains the lifelike figure of the warrior king and his beloved horse. The horse is lauded for saving his master's life during the Haldighati fight. A charming vignette is created by the surrounding presence of the ruins of the old fort in Udaipur and a Japanese rock garden.

You can make the most memorable trip memories by seeing some of the other historic and popular places to visit in Udaipur. Visit the Hathi Pol Bazaar, the Ambrai Ghat-Shilpgram, a pavilion on Lake Pichola, and a centre for handicrafts. Check out the top Udaipur attractions and choose the finest tour package from Adotrip.

The winter months are the ideal time to visit Udaipur because the weather is mild and relaxing. September, October, November, February, and March are the ideal months to book a trip to Udaipur.

The ideal locations to stay in Udaipur are close to Jagdish Temple, by a lake, or in the Lal Ghat neighborhood. These locations are reasonably priced and provide quick access to Udaipur's top attractions. The nightly rates for hotels in these locations range from INR 1500 to INR 5000.

In comparison to Jaipur, Udaipur is a little more expensive; all costs, including travel, lodging, and touring, are varied at each location.