Date, Price, and Availability of Palace on Wheels Rajasthan 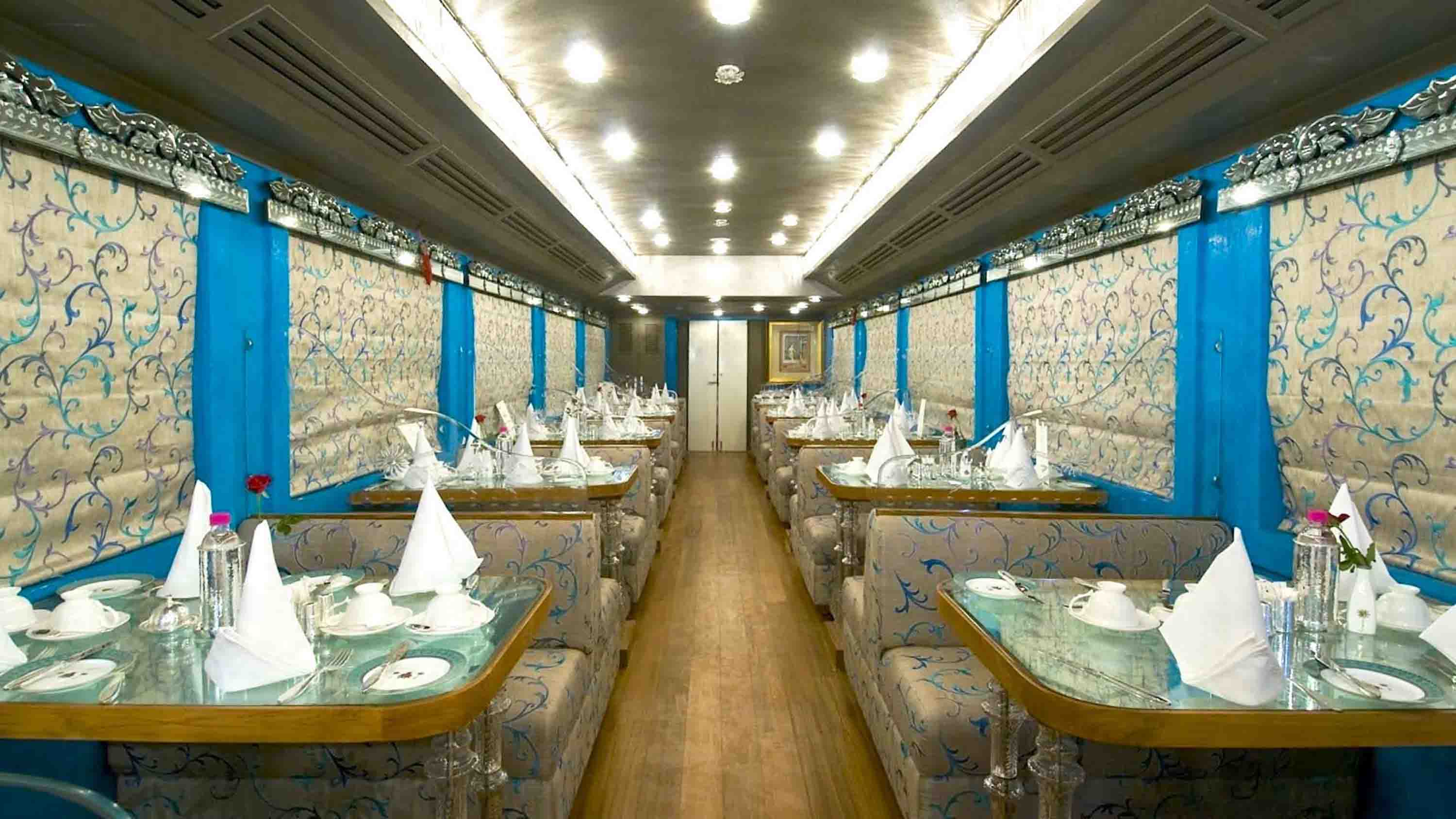 After a two-year break, the luxury train Palace on Wheels, a joint effort between Rajasthan Tourism and Indian Railways, has returned. The Palace on Wheels Rajasthan, one of India's most opulent trains, was flagged off at Gandhinagar Railway Station on Saturday, October 8 by the Chief Minister of Rajasthan, Ashok Gehlot.

For enthusiastic tourists, this palace journey is one of the most authentic ways to discover and experience the charming vibes of the royal Rajasthan on wheels. This commendable train is inspired by the private carriages which were used by the past Maharajas, Nizams, and Viceroys.

Rajasthan is known for its royal past. Ruled by brave Rajput princes known for their chivalry, romance, and decadence who also served as stewards of art. Along with a rich cultural history and a variety of fauna, Rajasthan is home to some of the most magnificent fortresses, magnificent palaces, and havelis. Travelling onboard the Palace on Wheels, India's most renowned luxury train will allow you to see the brilliant colours and royal hues of Rajasthan as well as a trip to the Taj Mahal in Agra, a World Heritage Site. 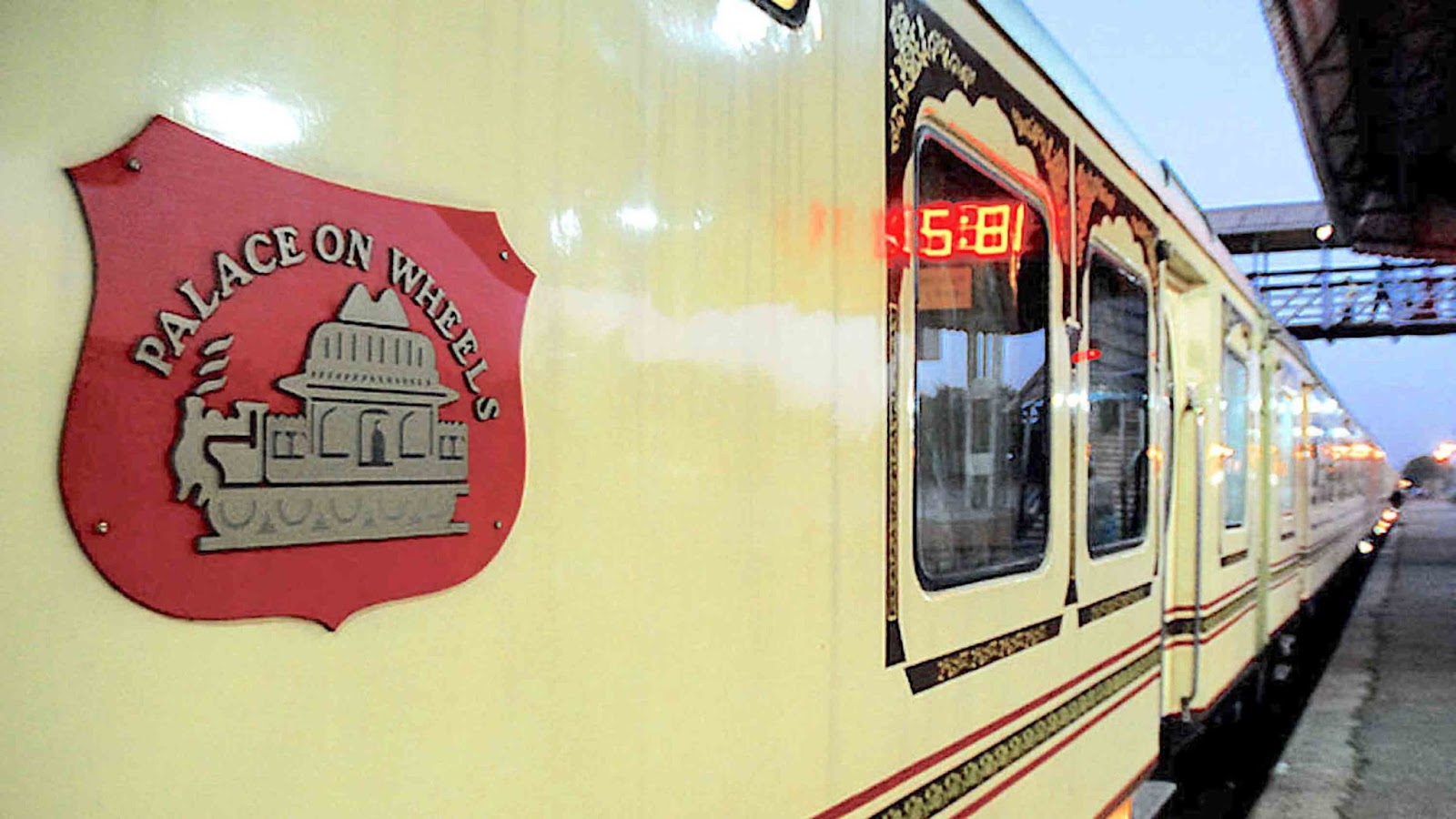 The Royal Palace on Wheels

The train offers you a ride unlike any other, thanks to its charming décor, cutting-edge comforts, and flawless fusion of traditional Rajputana with modern panache. The romance of an enchanting adventure through Rajasthan's most vivid landscapes permeates every moment of the voyage. Up to 88 passengers can fit in the 14 guest carriages' nicely decorated interiors. There are dining options, a bar, and a lounge to enhance the experience of a special train ride in India.

The names of the cabins are derived from the former princely states of Rajasthan. Following are some of the features given of this royal train. Alwar, Bharatpur, Bikaner, Bundi, Dholpur, Dungarpur, Jaipur, Jaisalmer, Jhalawar, Jodhpur, Kishangarh, Kota, Sirohi, and Udaipur are among the 14 salons that have names of several Rajasthani provinces. Every carriage has been lavishly furnished with mirror work, upholstery, small paintings, and antique furniture in a regal manner. Also, mini pantry, intercom, music channel system, attached bathrooms with hot and cold running water and a personal attendant-Khidmatgar. 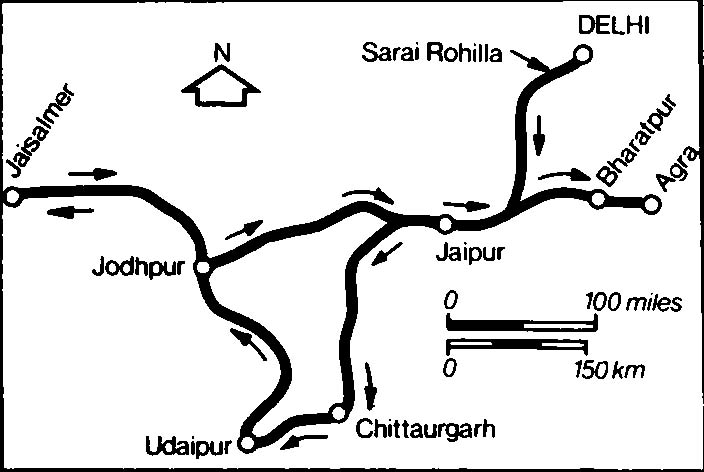 Travel Destinations with Palace on Wheels

Assemble at the Safdarjung Railway Station by 16:00 hours to take part in a customary greeting. Get greeted with a grand garland, a turban, and a tikka on your forehead. After completing the check-in process, board the Palace on Wheels Rajasthan. Have a drink to enjoy. You are free to look at the amenities and the opulent train once inside.At 18:30 hours, the train pulls away from the station and headed towards Jaipur, its initial stop.

Arrival at 3.20 in the morning in Jaipur, the capital of Rajasthan and the "Pink City." Before lunch, visitors can enjoy the City Palace complex, Albert Hall Museum, Jantar Mantar, and Hawa Mahal, the Palace of Winds. After lunch, you'll be escorted to the Amber fort, where an elephant ride is included. Discover this well-known fort that is perched on a hill.

By 19:00, get back on the train for evening tea. Take advantage of some spare time at the Palace on Wheels. Experience a princely meal at Palace on Wheels Rajasthan. After dinner, spend the night on the train before it departs at 05:00 am for Sawai Madhopur, the next stop.

You can see a variety of animals during a wildlife safari, including tigers, sambar, hyenas, sloth bears, spotted deer, chitals, and over 275 different bird species. Continue travelling to Chittorgarh, your next stop.

At 15:40, you will reach Chittorgarh. You get off the train later to explore Chittorgarh's top tourist attractions, like the beautiful Chittorgarh Fort. Following tea, there will be a light and sound spectacular at the fort that evening.

At 2:00 a.m., the train departs for Udaipur. Arrive in Udaipur by 7:00 am on the fourth day. Udaipur, which was founded in the 15th century by Maharana Udai Singh, is well known for its palaces and lakes. While travelling, enjoy your royal breakfast before departing to see Udaipur.

The plan for the evening is to go boating on Lake Pichola and then have tea at the jetty. Return to the train at 15:30. At 16.00 hours, Palace on Wheel departs for its next stop, Jaisalmer.

The train arrives in the city of Jaisalmer on the fifth day of the trip. After breakfast on the train, leave for a city sightseeing trip. The highly stunning and well-known havelis (mansions), such as Nathmalji ki Haveli and Patwon ki Haveli, the renowned Jaisalmer Fort, and Gadsisar Lake, are included on the list of the day's highlights.

After that, board the train once more and eat lunch there. Later, go out to explore the well-known Sam Sand Dunes. On a camel ride, take in a beautiful sunset.

On the sixth day of the trip, eat breakfast on the train as it approaches Jodhpur. Later, give up the comforts of the train and indulge in some Jodhpur sightseeing, which includes visits to the city's top sights like the Jaswant Thada, Umaid Bhawan Palace, and Mehrangarh Fort & Museum.

You are then driven to the well-known markets spread around Jodhpur. The palace hotel has set aside time for your meal. At 16.00 hours, return to the train. As the train travels to Bharatpur, have dinner and spend the night on Palace on wheels Rajasthan.

By 5:00 a.m. on day 7, you arrive in Bharatpur, a city known for its bird sanctuary. The Bharatpur Bird Sanctuary, now named as the Keoladeo Ghana National Park, is renowned for holding an incredible variety of bird species, including both resident and migratory birds. Enjoy some early-morning wildlife and bird watching in the park, which lasts around three hours.

After that, go back to the train and eat breakfast. The train sets out on its trip to Agra. Arrival at Agra, followed by a tour of the city that includes the famous Agra fort. Don't pass up the opportunity to purchase at the Agra markets where you may get some unique stuff.

To return to Delhi from where the Palace on Wheel Rajasthan adventure began, board a train. Dine and spend the night at the Palace on Wheels Rajasthan. When the train pulls into Safdarjung Railway Station, it is the final day of the trip. Eat breakfast while on the train, and then check-out procedures begin at 7.30 a.m.

Palace on The Wheels Tour Price

Palace on Wheels is a luxurious tourist train which offers a captivating, and enjoyable royal experience.  Every traveller should have the opportunity to spend a week surrounded by Rajasthan's royal family and learn about their rich history. This year, make travel plans for Palace on Wheels Rajasthan

In the Palace on Wheels, there are 13 Deluxe carriages, each of which is named after a palace in Rajasthan, the royal state. The names of the carriages are Hawa Mahal, Moti Mahal, Chandra Mahal, Jal Mahal, Kumbha Palace, Umaid Palace, Sukh Mahal, Padmini Mahal, Surya Mahal, Jogi Mahal, Kishori Mahal, Lalgarh Palace, and Phool Mahal.

On October 8, Palace on Wheels resumed its voyage following a two-year Covid break. It covers a seven-day travel and leaves Delhi every Wednesday evening. It will be running this year.

No, both Indian citizens and foreigners from other countries can enjoy the Palace on Wheels trip. The price could change, though.

Children upto the age of 5 years can travel freely and children between 5-10 years of age can travel at half the price.