Offbeat Places to Visit in Rajasthan this Winter


Jaipur is always the first place that comes to mind when we think of Rajasthan. Along with the capital of Rajasthan, other cities that come to mind are Jodhpur and Udaipur. For those who have previously visited these areas and are curious to learn more about Rajasthan, below is a list of some of the state's interesting locales. These sites are regularly passed by the more well-known locations. In the middle of the mayhem that has consumed so many well-known tourist destinations in Rajasthan, these areas are nothing less than quiet havens.

Be aware that the list is composed of offbeat locations in Rajasthan rather than famous ones that are already overrun with tourists because there is a larger chance of watching a peacock dance at these places.

These are the 10 Offbeat locations to visit in Rajasthan 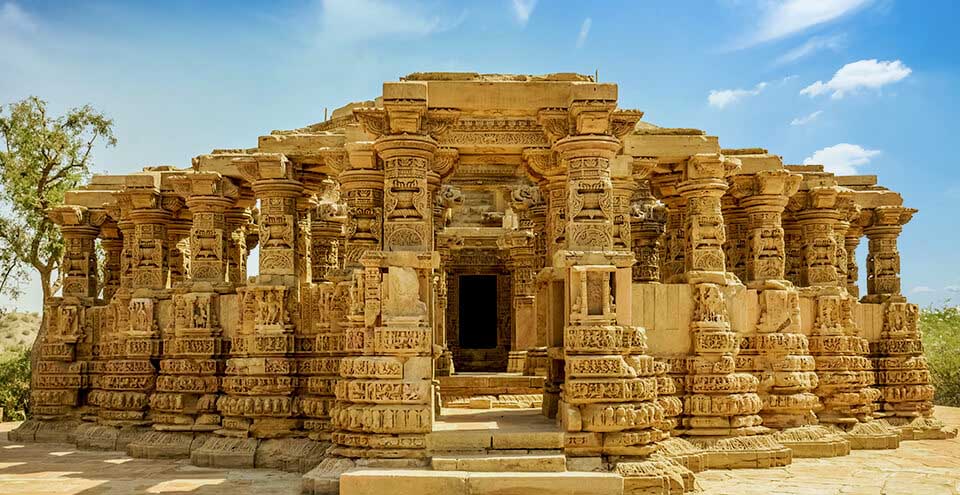 It is a district in the state of Rajasthan. It was founded in the 13th Century by a ruler named Bahada Rao Parmar also known by his second name Bar Rao Parmar. It is Famous for its historic Monuments and temples. The Hill of Barmarv Fort is situated at a top of the hill which is around 1383 feet but Rawat Bhima fort Build at a height of 676 feet which is a safer place.

There are numerous such temples in the city of Barmer, which draw visitors from all across the nation. The Goddess Jagdamba Temple is the most well-known landmark in the city. 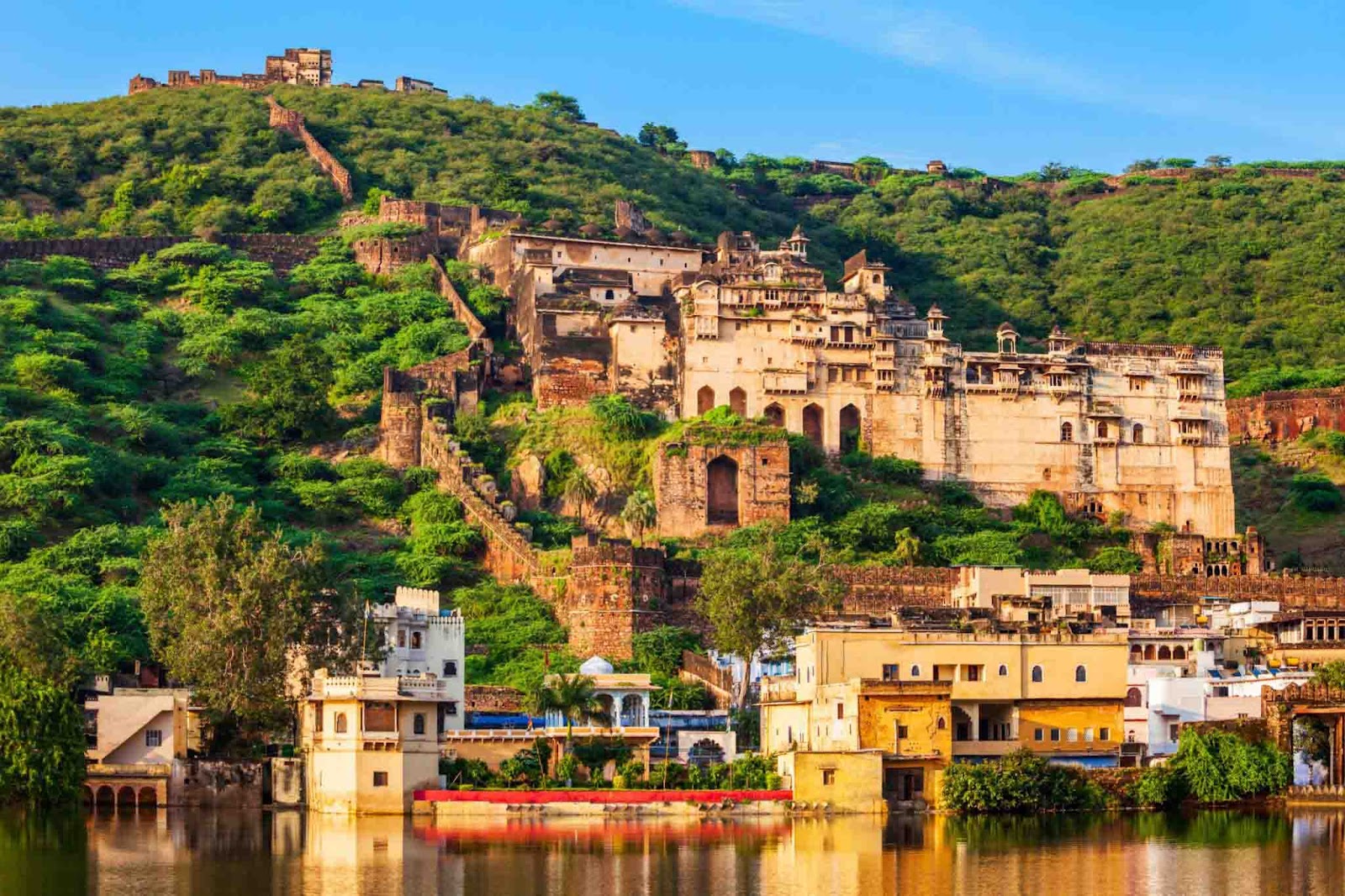 There are many undiscovered treasures in Narlai, including rock and cave temples, a spectacular 1,000-year-old stepwell, and a sizable former hunting lodge that has been transformed into a luxurious heritage hotel.

You can wander by the lake, go on a Marwari horse excursion, go to village homes and interact with the residents, sit atop a massive white elephant sculpture on Narlai Hill, or go to the remarkable Sage Shri Narad cave temple in Narlai's varied and stunning surroundings. The magnificent Ranakpur temples are less than 40 kilometers away, and Seli Bandh, a lovely dam nearby, is a sought-after destination for bird watching. The Lord Mahavir-dedicated Jain temple at Ghanerao is ideal for a half-day vacation, and Kumbhalgarh is only 45 kilometers distant. 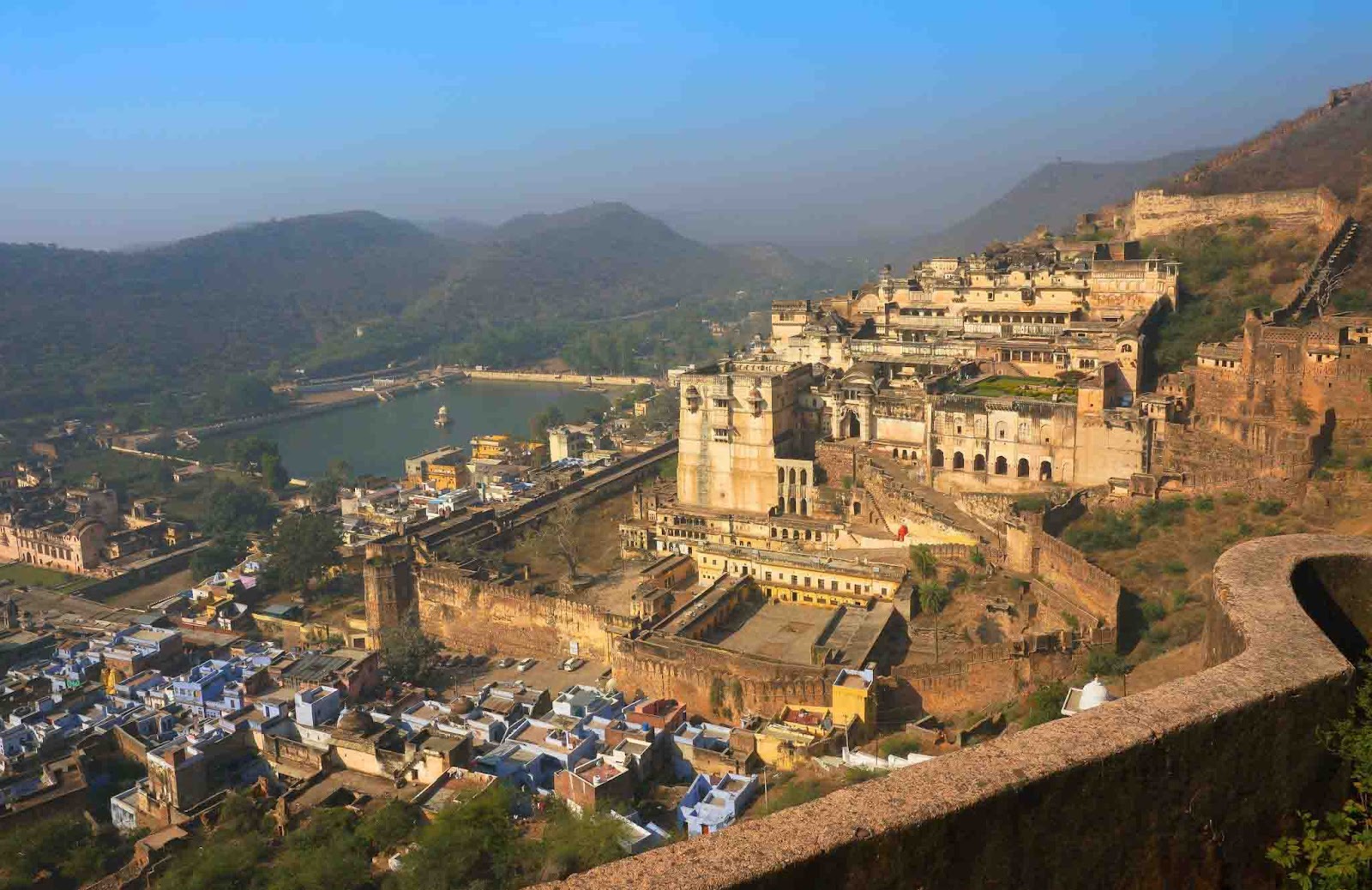 Bundi, which is teeming with palaces and forts, is the ideal escape from the hustle and bustle and routine of city life. Bundi is nothing short of a magnificent place, surrounded by orchards of guava, orange, mango, and pomegranate trees that are snuggled in the Aravalli mountain and covered in wheat, cotton, and barley. Even though it is an old city, it still exudes the splendor of the Middle Ages, providing for an excellent vacation with your family, friends, and significant other. Here, the architecture typically has a bluish tint to keep the homes cool during the sweltering summer heat. 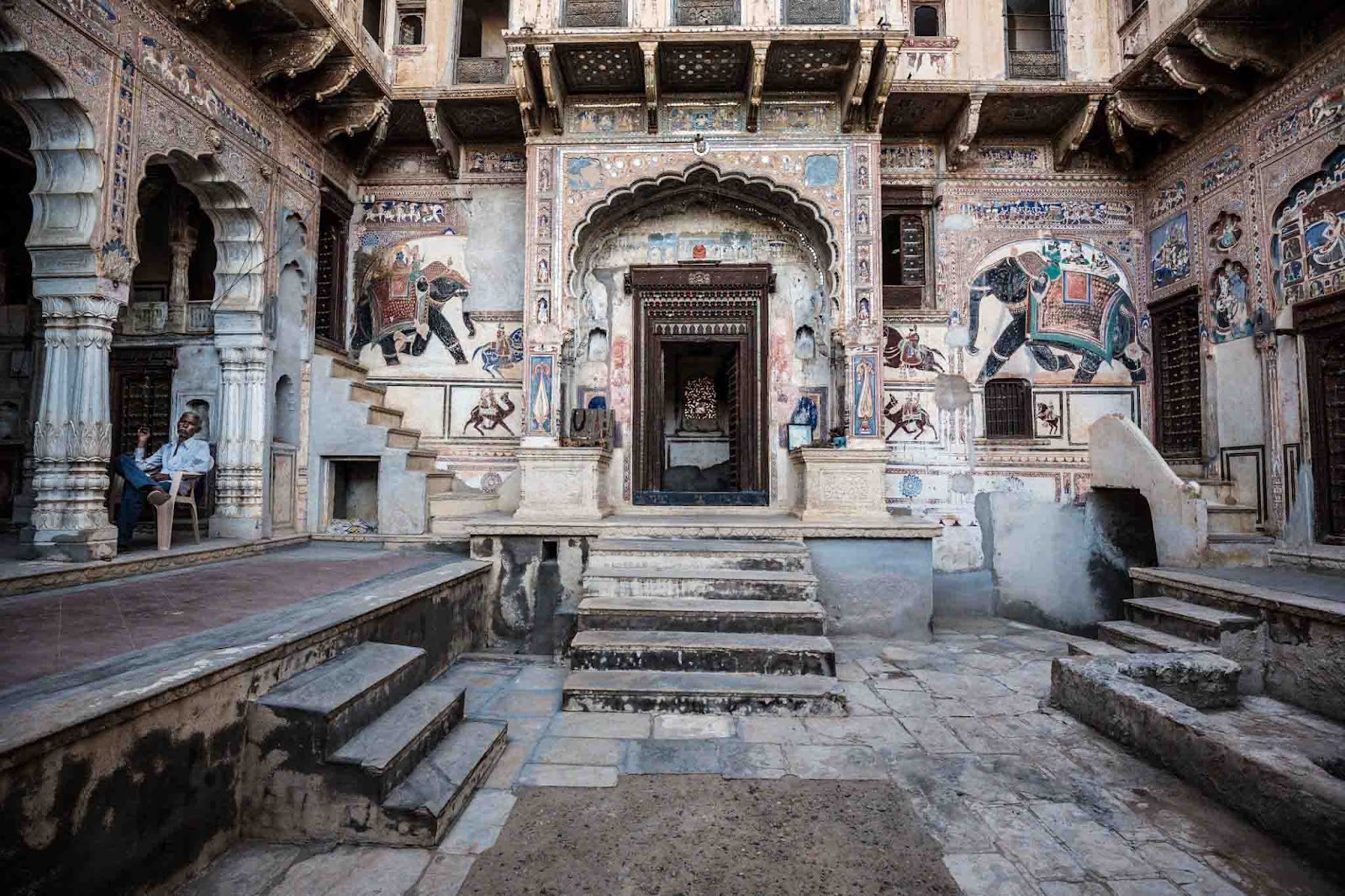 Newal Singh, the first Shekhawati ruler to succeed him, constructed the Mandwa Fort. The Shekhawati region, which is frequently referred to as the largest open-air art gallery in the world, is noted for its stunning Havelis, which is another reason for Mandawa's fame. The approximate distance from Jaipur is 168 km. On the horizon, the medieval fort of Mandawa rises gradually, resembling a mirage. The bazaar is reached by a painted archway with a depiction of Lord Krishna and his cows. The terrace of Castle Mandwa offers a stunning panorama of the city. The Mandwa family possesses a collection of ceremonial garb from the past. 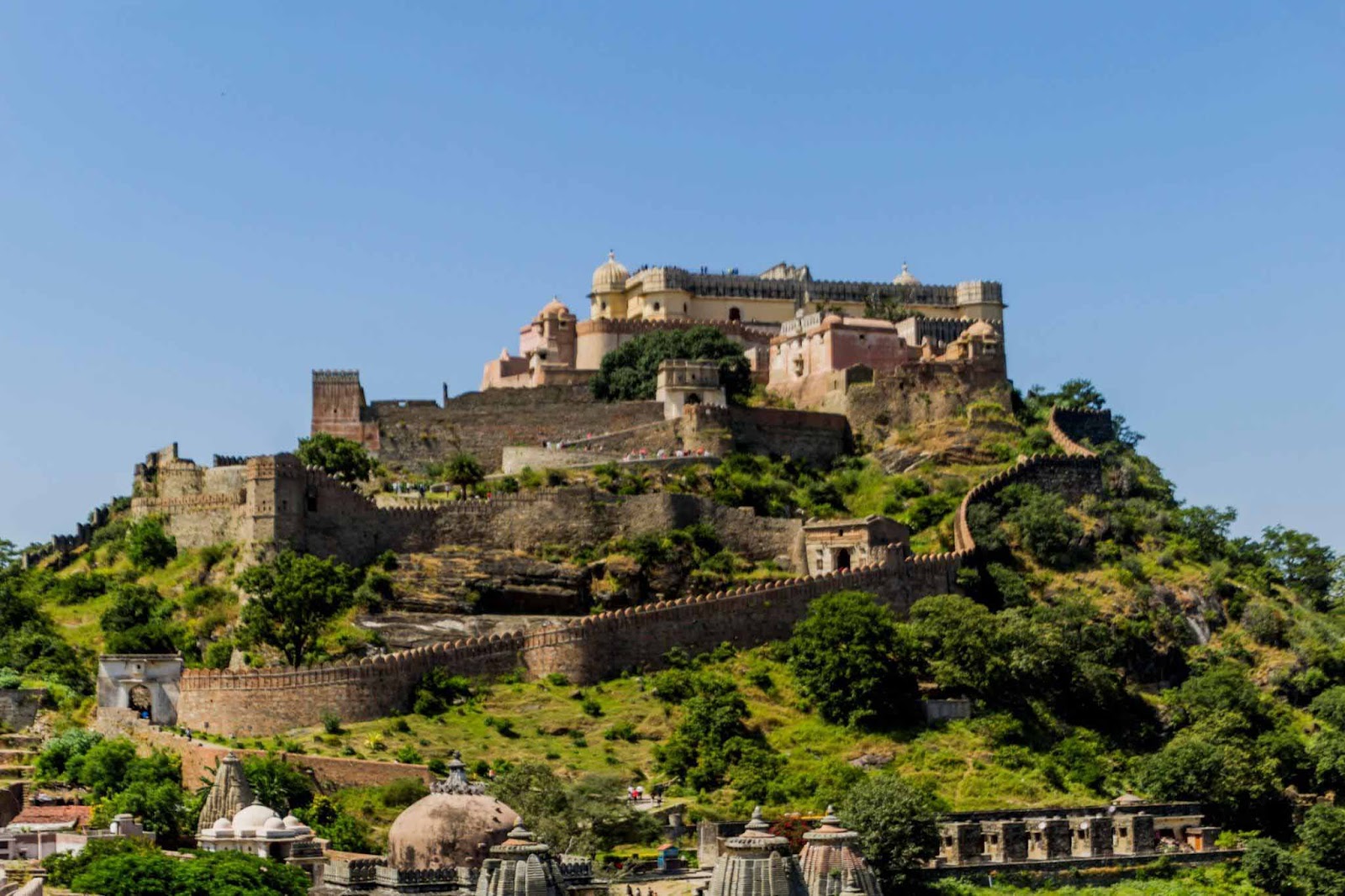 Kumbhalgarh would never let you down. It is well-known for its outstanding historical sites and monuments, lovely royal chhatris, and astonishingly glorious mansions. Kumbhalgarh, one of Rajasthan's most intriguing locations, will tell tales from the past and offer insights into the city's past.

This location is ideal for a holiday, from the historical Kumbhalgarh Fort with its ornate temples and exquisite artwork to the adventurous Kumbhalgarh Wildlife Sanctuary where you may see birds and other creatures. Maharana Pratap, one of the most significant rulers and rulers of Mewar, was born there, earning it additional notoriety. 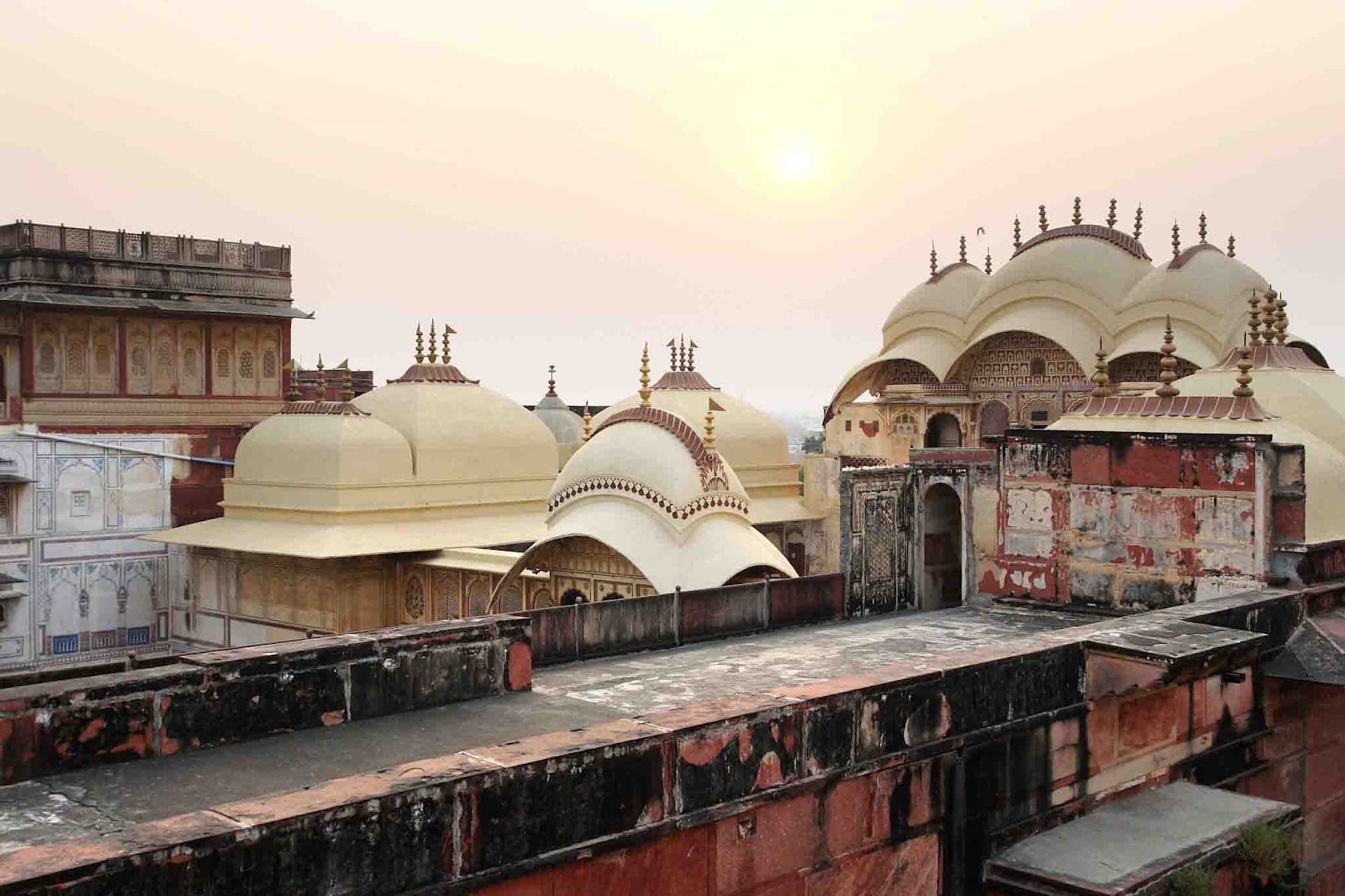 People from all over the country travel to Karauli, one of the most well-liked quirky locations in Rajasthan. The area around the town is historically significant and home to numerous attractions, including the Kailadevi Temple, Madan Mohan Temple, Mandrayal Fort, and more. There are also many opulent locations where you may unwind and enjoy your vacation with your loved ones, friends, or partner. You can build memories that you will cherish forever in Karauli and receive the experience of a lifetime. 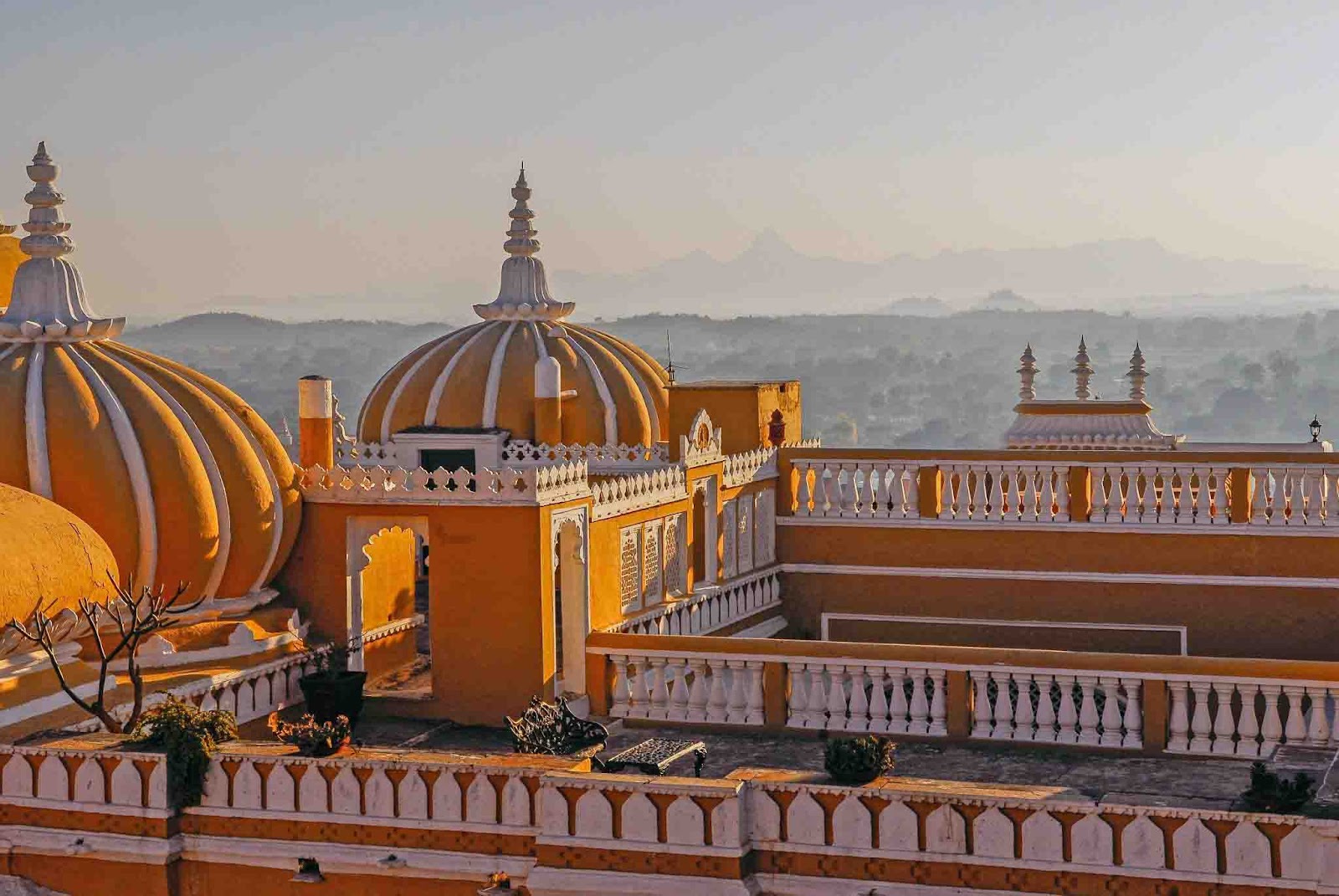 Deogarh is a great spot to go on vacation because there are so many things to do and see there. Visit the area to see the energizing Pradhanpat waterfalls, where you may take pictures and take in the peace and quiet of nature. Deogarh, one of Rajasthan's most picturesque off-the-beaten-path locations, is well-known for the Deogarh Mahal, which you can see in person and learn about its history from. Additionally, you can enjoy an opulent stay, take advantage of the services, and have a terrific time.

Kuldhara, one of Rajasthan's well-known unusual locations, is reputed to be a haunted village and delivers the most frightful experience. The history of the individuals who lived in the castles and forts you will see there can be gleaned from this location. The village has a fascinating history, but it still has a lovely and unsettling appearance. This location is shrouded in a sense of mystery and has been the subject of ghost and paranormal activity accounts.

One of Rajasthan's most well-known offbeat locations is Kuchaman, which is renowned for the splendor of its Havelis. A royal stronghold and numerous Havelis constructed in the Shekhawati architectural style can be found in this city. In the city known for its balconies, terraces, and breathtaking vantage points, Kuchaman Fort is a must-see attraction. It is one of the most popular tourist sites and is ideal for family vacations. There are several temples in the city that you can visit, and it is surrounded by spiritual air.

This village draws visitors and is one of the most amazing quirky locations to visit in Rajasthan. It gets its name from the river Jawai. Jawai is a stunning location because it is surrounded by granite cliffs and hills. There are also preserves where you can spot crocodiles, birds, and leopards. Panthers, hyenas, chinkaras, and other animals may all be found in Jawai, which is also known as the winter haven for migrating birds. Make the most of your time in Rajasthan by visiting this unusual location.